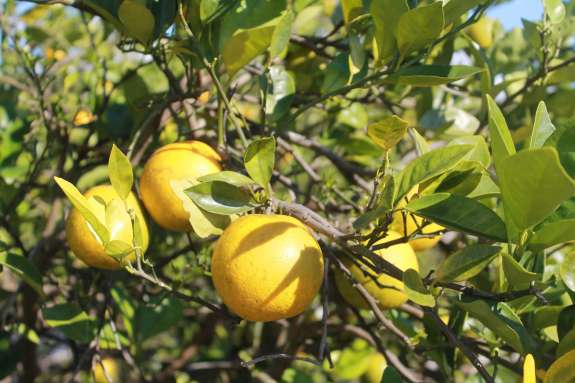 ST. PETERSBURG, Fla. (AP) — Florida’s citrus industry got some dire news Tuesday from an organization that advises the federal government on science and technical matters.

In a report, the National Academies of Sciences, Engineering, and Medicine said a single breakthrough discovery for managing citrus greening in the future is unlikely. Greening has progressed from “an acute to a chronic disease throughout the state” and has caused Florida’s industry a cumulative loss of $2.9 billion in grower revenues from 2007 to 2014.

According to the report, significant barriers to finding a solution still exist.

“Among them the inability to culture the bacteria in the laboratory, the lack of advanced diagnostics for early disease detection, and the absence of standardized research methodology that would improve the comparability of results across studies,” the report says.

Greening is spread by a tiny invasive bug called the Asian Citrus Psyllid, which carries bacteria that are left behind when the psyllid feeds on a citrus tree’s leaves.

Andrew Meadows is spokesman for Florida’s Florida Citrus Mutual, the marketing and lobbying arm for the state’s citrus growers. He called the report frustrating, but he wasn’t particularly surprised by the findings.

“We would love to have a silver bullet,” he said. “But you have to adapt to what you have.”

Meadows said that before Hurricane Irma in 2017, citrus growers accepted that they had diseased crops, and were still expecting a rebound year. But the hurricane devastated the crop. State officials say the crop sustained more than $760 million in damage.

Florida’s orange production for 2017-18 is 45 million boxes, a 35 percent decrease over last season and the lowest crop size in more than 75 years, according to figures released Tuesday from the USDA.

The image of Florida oranges is iconic around the world. Florida typically grows the most oranges in the U.S., and most are used for juice. In the 2016-2017 growing year, the value of the crop was $800 million.

Growers have been using a variety of “tools in their toolbox” in response to the disease, Meadows said. Nutritional supplements for the trees, psyllid control, and water quality are among the tools, as is planting with greening-tolerant rootstocks.

The psyllid isn’t native to Florida but is believed to have arrived from someone who perhaps unknowingly brought a slip of a tree from Asia. The bug was first spotted in the state in 1998, and some think it then spread during hurricanes and storms. Greening was first spotted in 2005. There isn’t a cure, and no country has ever successfully eradicated it.

Greening slowly kills a citrus tree. The infection reveals itself first with mottling of leaves, then stunting of shoots, gradual death of branches and eventually, small, deformed fruits with bitter juice.

The Citrus Research and Development Foundation, a $124 million state citrus-industry initiative, asked the Academies to review its research, and that’s how the report came about.

The National Academies are private nonprofit institutions that were chartered to provide analysis and advice to the nation on science, technology and health