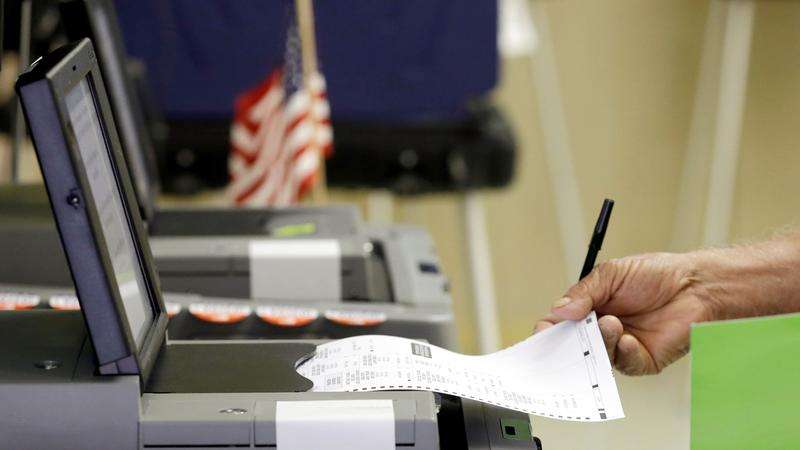 A voter casts his primary vote, Tuesday, Aug. 30, 2016, at Precinct 33, in Hialeah, Fla. Florida voters will select the nominees for U.S. Senate, decide whether to amend the state constitution to give a property tax break to promote solar energy and have a say in who should represent them in the U.S. House. (AP Photo/Alan Diaz)

On Monday, which was the deadline to register to vote in Florida,  the state’s voter registration website crashed. Governor Ron DeSantis extended the registration deadline to this past Tuesday at 7 p.m., but voters’ rights groups sued, arguing voters should have more time.

A federal judge denied any additional extension on Friday, noting that “Florida has failed to figure out how to run an election properly.”

Meanwhile, Florida voters have requested more than four million vote-by-mail ballots, with election officials reporting that they have received more than one million of those completed ballots so far, with early in-person voting beginning on Ocotber 19.

Additionally, Craig Latimer, President, Florida Supervisors of Elections, and the Hillsborough County Supervisor of Elections, along with other election supervisors from around the state, met with the FBI and state and local law enforcement on Wednesday to game out a series of scenarios that could potentially impede the election.

He joined us to discuss his meeting, the federal judge’s ruling, how vote-by-mail ballots are processed, and what to expect if there is a problem with your ballot.

Leading up to the 2020 election, NPR Partner stations across Florida have been amplifying voters’ voices across the state’s crucial I-4 Corridor.

Friday, we heard from Phyllis Young of St. Petersburg.

WUSF’s Bradley George produced an audio postcard as part of America Amplified, a national reporting initiative supported by the Corporation for Public Broadcasting.

This election, a half dozen statewide questions appear on the ballot. We talked about two of them – the effort to raise the minimum wage to $15 an hour (Amendment 2) and the effort to allow for open primaries in elections for state political offices (Amendment 3).

Gary Fineout of  Politico  joined us to discuss them in more detail.

Katherine Hobbs can be reached at newsteam@wjct.org or on Twitter at @KatherineGHobbs.