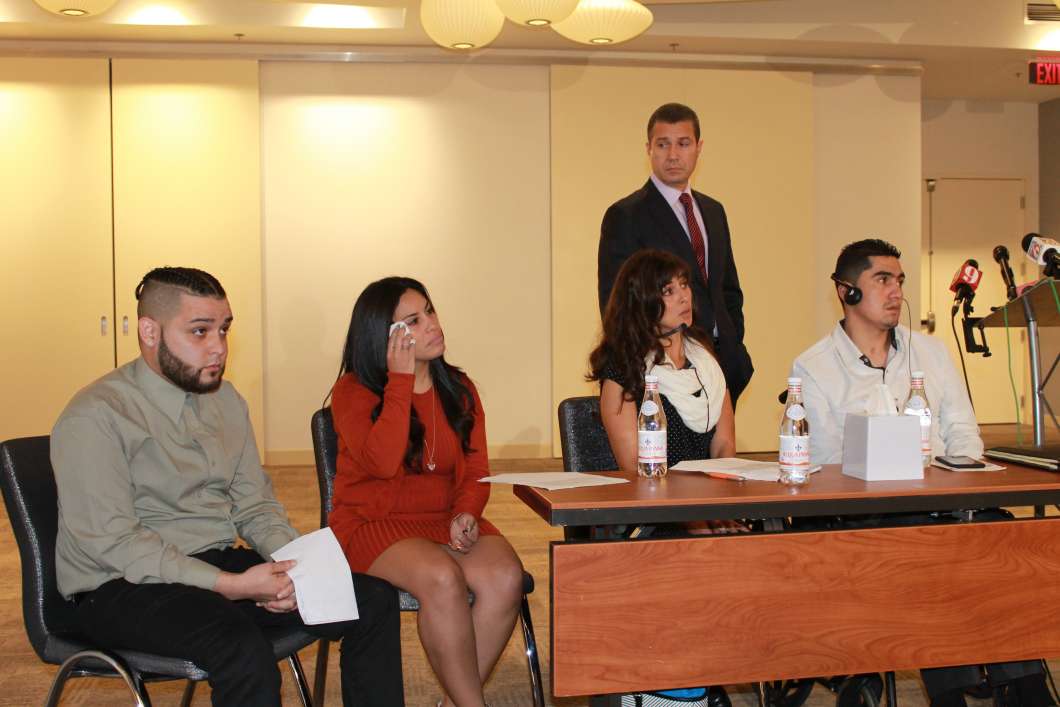 Ilka Reyes (center) wipes an eye as she and other Pulse victims and family members announce a lawsuit against the nightclub gunman's employer, wife. Photo by Amy Green

More than 50 Pulse victims and family members filed suit Wednesday in federal court against the employer of the gunman in the deadliest mass shooting in modern American history.

Ilka Reyes is among the plaintiffs. She was shot in the back eight times during the attack.

“I feel angry when I think about the very clear warning signs that Omar Mateen gave.”

The suit points out G4S never terminated Mateen from his position as a security officer as the FBI investigated statements he made to coworkers about having ties with terrorists.

“I can’t imagine very many employers tolerating the type of verbiage and verbal behavior that he was saying not only to his employer but to coworkers in the units of his assignment,” attorney Antonio Romanucci says. “I’ve seen people getting fired over an inappropriate tweet just in the last two weeks.”

The lawsuit says Mateen used his security license to buy weapons used in the shooting. G4S says it considers the suit to be without merit. Salman has pleaded not guilty to charges she aided the attack.