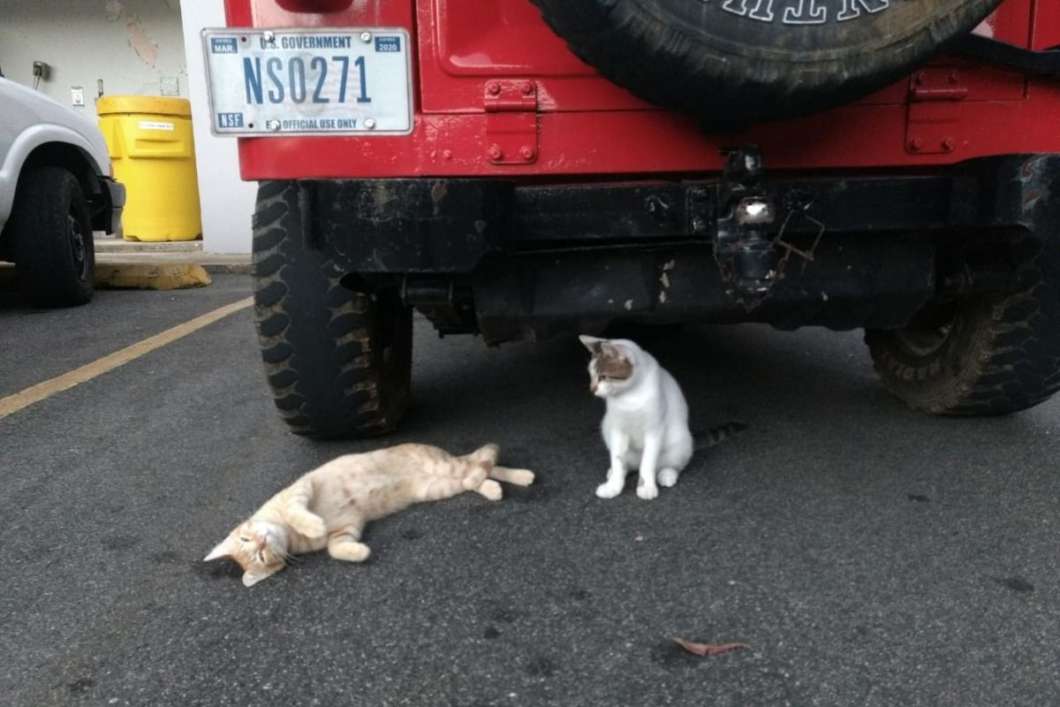 Arecibo Observatory cats Mars and Venus after a trip to the vet. Photo: Flaviane Venditti

The Arecibo Observatory is repairing damage to the giant radio telescope after hurricane Maria, but operators now need help with another issue — cats.

After Hurricane Maria hit the island of Puerto Rico last year, operators say a family of cats began calling the observatory their home.

The staff has been feeding and caring for the cats, but asked for donations to help spay and neuter them. A GoFundMe launched earlier this month raised more than $6,000 dollars for the cause.

The staff was able to send some of the cats for the procedures. Observatory cats named Mars and Venus are back at the site.

With the overwhelming amount of donations received, organizers say they’ll use the funds to help more cats around the observatory and look into adopting them out to families on the mainland.

The Arecibo Observatory is managed by the University of Central Florida with a grant from the National Science Foundation.