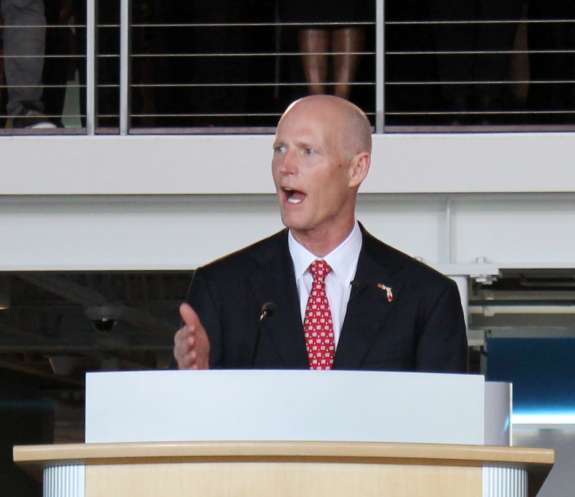 Environmental activists rallied outside the Statehouse today over claims that the state banned the terms “climate change” and “global warming” from official communications.

The claims resurfaced yesterday after Florida Division of Emergency Management head Bryan Koon avoided using either term in his response before a Senate panel about federal dollars to combat climate change.

At a press conference in Orlando this morning, Scott denied allegations and welcomed the protests as free speech.

“People come to Tallahassee and they express their views. Of course, it’s not true that people can’t talk about what they want to talk about in state government,” he said.

The Federal Emergency Management Agency is now requiring that states submit a “climate change plan” to be eligible for federal dollars.

Scott said, “There’s always a debate about this issue, but the truth is what we care about is, we care about solutions. We’ve invested in beach renourishment, flood mitigation, record funding for springs all because we care about environment.”