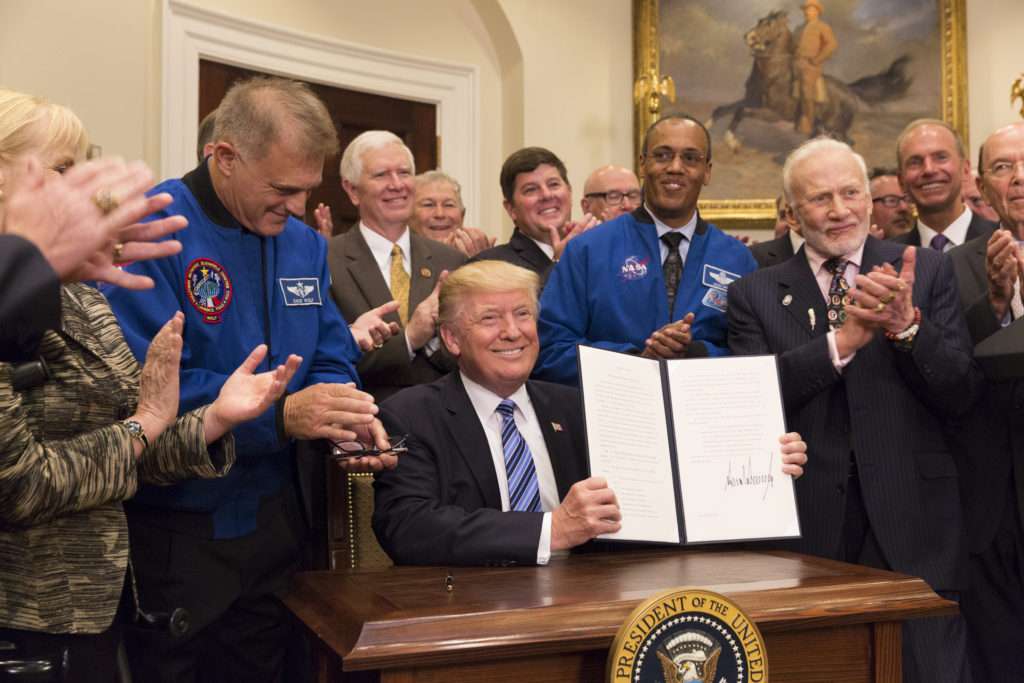 Speaking at a national space council meeting at the White House, President Trump said the dominance of space is vital to national security.

“Very importantly, I’m hereby directing the department of defense and pentagon to immediately being the process necessary to establish the space force as the sixth branch of the armed forces,” he said.

A new branch of the armed services would require congressional support. Democratic Senator Bill Nelson said a new branch isn’t what generals want. “Thankfully the president can’t do it without Congress because now is not the time to rip the Air Force apart,” Nelson said on Twitter. “Too many important missions at stake.”

After the announcement, Trump signed a directive asking the council to look at better ways to regulate space traffic.

The administration also wants to speed up rocket launch licensing in an effort to bring more private companies to the United States. U.S. Secretary of Transportation Elaine Chou outlined her agency’s plans to speed up the process…including blanket licenses for multiple launch vehicles.

“All of these actions send a very clear message to companies around the world: If you want to license a commercial space operation, America is the place to do it,” said Chou. Private company SpaceX launched more than a dozen rockets from Florida’s space coast last year.