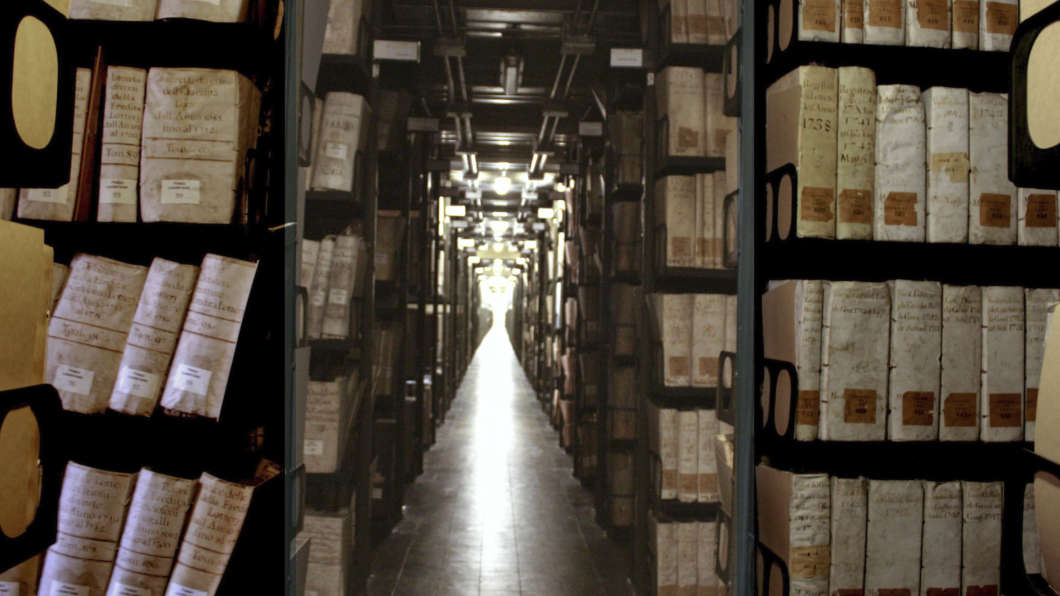 Part of the Vatican Secret Archives shown in a photograph released by the Holy See in 2012.
Image credit: Giovanni Ciarlo

Pope Francis is hoping to give the Vatican Secret Archive an image makeover by changing the name of the ancient collection to something less mysterious.

Francis declared that the collection, which dates back centuries and contains millions of documents, will from now on be known as the “Vatican Apostolic Archive.”

The new name is a better reflection of the archive’s “service to the church and the world of culture,” the pontiff said.

Francis lamented that the Latin name Archivium Secretum – originally meant to convey that the archive was private — had come to connote something more sinister.

“[The] word ‘secretum‘ having lost its true meaning and instinctively being associated with the modern concept of the word ‘secret,’ assumed the prejudicial acceptance of being hidden, not revealed and reserved for a few,” he wrote, according to The Associated Press.

“That is completely contrary to what the Vatican Secret Archive always was and intended to be,” Francis said.

The archives are located inside the Apostolic Palace and document the church from the eighth century to the present in some 600 collections organized across 50 miles of shelving, according to the AP.

Scholars have long had access to the Secret Archives for pontificates up to 1939, when Pius XII became pope.

Some historians have argued that during World War II, Pius XII maintained uncritical relations with Nazi Germany in order to preserve the church. In particular, Pius is accused of failing to use the Vatican’s moral authority to protect Jews during the Holocaust.

The church’s role during World War II is still fiercely debated. Pius XII’s pontificate ended in 1958, and according to tradition, the archives concerning his papacy would not be open until 70 years after that date, or 2028.

However, earlier this year, Francis announced that the Pius XII portion of the archives would be opened eight years early, in March 2020, amid pressure from scholars who want access while some Holocaust survivors are still alive.

“The church is not afraid of history,” Francis declared at the time, though he acknowledged that Pius XII’s pontificate had spanned a period in history that included “moments of serious difficulties, of tormented decisions, of human and Christian prudence.”