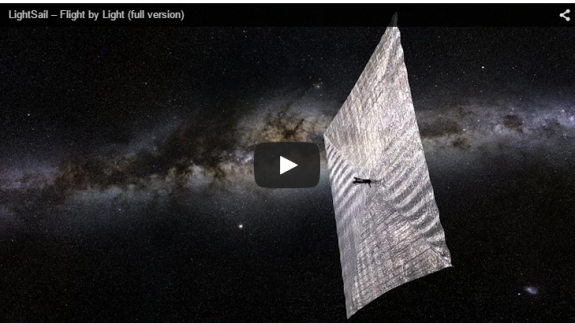 The Planetary Society says it has regained contact with its LightSail satellite. Last week fears arose that the organization had permanently lost touch with the tiny spacecraft, which launched earlier this month to lay the groundwork for testing a solar sail in Earth orbit.

The private organization, headed by Bill Nye, launched LightSail on May 20 aboard an Atlas V rocket. Two days later the “cube sat” went silent due to a suspected software glitch. Planetary Society engineers predicted the spacecraft would reboot itself, but they weren’t entirely confident that would happen.

On Saturday, however, the Planetary Society announced that the spacecraft has “now resumed contact” and that “the LightSail team will soon determine when to attempt deployment of the spacecraft’s Mylar solar sails.”

“Our LightSail called home! It’s alive!” Nye, “the Science Guy,” said in a statement. “Our LightSail spacecraft has rebooted itself, just as our engineers predicted. Everyone is delighted. We were ready for three more weeks of anxiety. In this meantime, the team has coded a software patch ready to upload.”

As we reported earlier this month, the project was inspired by the late Carl Sagan, who founded the Planetary Society. It uses the force of trillions of massless photons — the basic unit of light — to push it along. “While each photon is small and only generates a small push, over time the accumulated energy from each one of the strikes pushes the solar sail (and anything attached to it) forward,” according to Space.com.

Although the concept has previously been tested in space, the Planetary Society hopes its experiment will push the idea further. The current LightSail is considered a test vehicle and the organization of space enthusiasts hopes to launch a second spacecraft in 2016 into a higher orbit to fully test the sail.