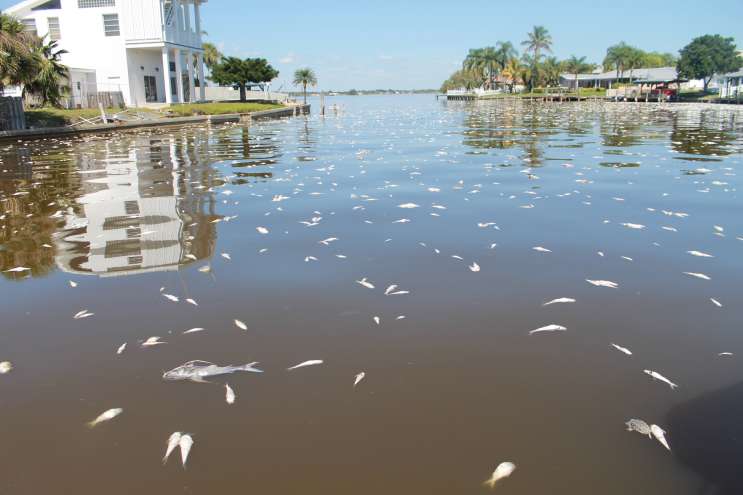 Last year's fish kill was only the latest in a series of setbacks for the Indian River Lagoon. Photo by Amy Green

Government scientists are seeing a surprising surge in phosphorus in North America’s lakes and streams.

That’s the nutrient responsible for harmful algae blooms like those plaguing Florida’s Indian River Lagoon and other waterways.

The Environmental Protection Agency recorded a rise in phosphorus pollution continent-wide between 2000 and 2012.

John Stoddard of the EPA says pristine lakes and streams are most affected, and the cause isn’t well-understood.

“Whatever the cause is we know it needs to be very large in scale. It needs to be able to explain changes at a continental scale, and it needs to be something that operates in these remote and undeveloped areas.”

Stormwater, wastewater and agricultural runoff are the most common culprits. But Stoddard says because these waterways are remote, rain and dust also are suspected.