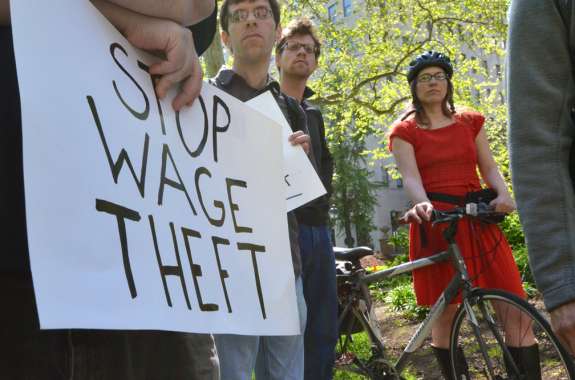 Wage theft in Osceola County is part of a national trend in the retail, hospitality, and construction sectors. Photo: Restaurant Opportunities Centers United.

Osceola County officials say a program that protects employees from wage theft is being underutilized.

Ten residents have filed stolen wage complaints since Osceola County passed its wage theft recovery ordinance last year. Under the program, a worker submits a request for a county mediator who tries to resolve any disputes with the employer about pay and hours. Commissioner Michael Harford proposed the program after receiving dozens of complaints about what he calls unscrupulous employers in the area. He says now that the economy is picking up, people fear a complaint could lose them their only source of income.

“They are so close in their money because wages have been stagnated for thirty years that they can’t confront their employers,” Harford said. “Heck yeah, they’re afraid!”

He also says not a lot of people know about the county’s program.

Out of ten complaints, three employees recovered their wages, totaling more than $1,200.

The county has spent nearly four times that amount to get the program started.

Commissioner Michael Harford says the ordinance has long term value. “This is really not about what it costs the county to get it done. This is about having our citizens assured that they work for an hour and they get paid for that hour.”

The county has had to pay initial program costs that Harford expects will be lower next year.