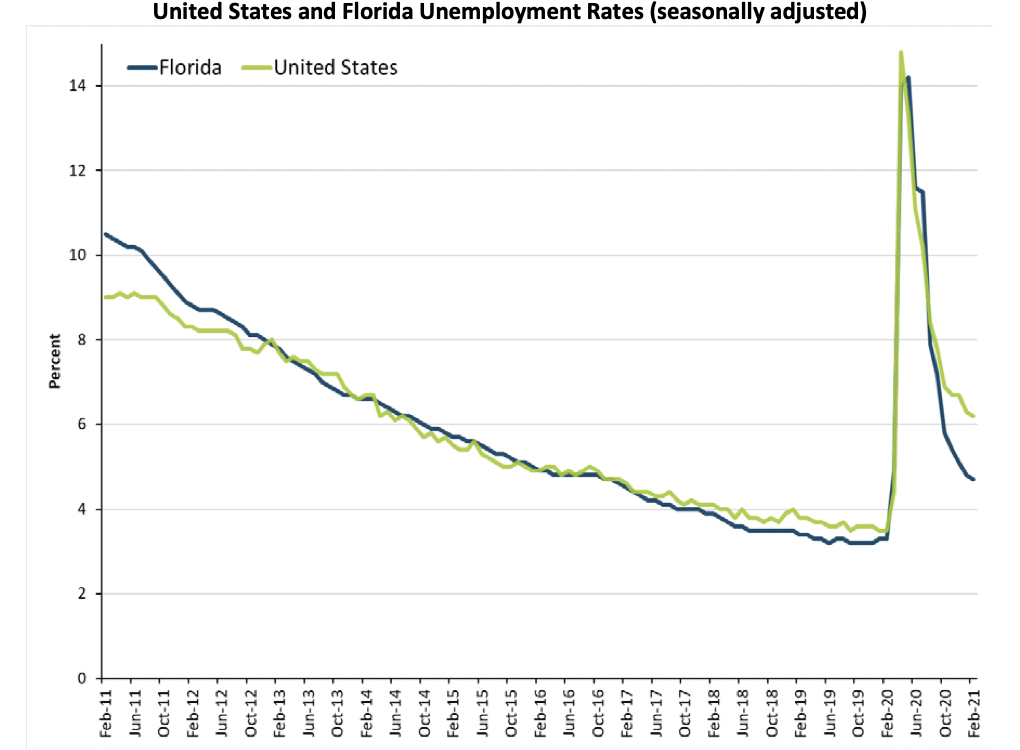 Florida’s jobless rate was 4.7 percent last month as the state continues to feel the effects of the coronavirus pandemic.

At the start of the pandemic, between February and April of last year, Florida lost 1.2 million jobs. According to new data released by the state, Florida has since gained back over half of those jobs.

The total number of jobs in the state last month tallied 8.5 million, down nearly half a million jobs compared to last year.

All ten major industries tracked by the state saw negative over-the-year-growth. The leisure and hospitality industry has seen the greatest job loss since last year, losing some 286 thousand jobs since February 2020.

Florida’s Department of Economic Opportunity said its online dashboard to process claims may be unavailable starting today Friday and through the weekend to allow additional time to process some claims. New applicants can still file a claim at FloridaJobs.org.