From the Pages of Orlando Weekly: Dozens of dogs removed from Florida puppy mill’s ‘deplorable conditions’ 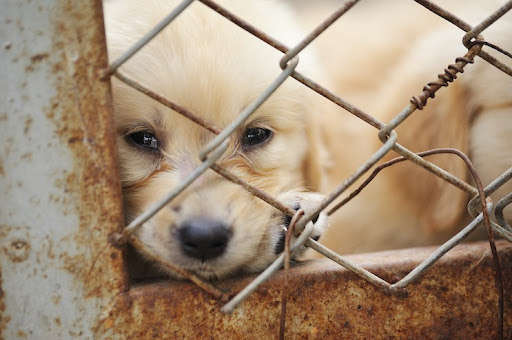 A Central Florida puppy mill was shut down by local police last week.

The DeSoto County Sheriff’s Office reported that they removed over 80 animals from the dog-breeding business Strawberry Farms. In a post shared to Facebook, the sheriff’s office noted “deplorable conditions,” including “urine and feces everywhere” and “no food or water in sight.”

They were tipped off about the mill after a woman filed a complaint against the business, saying that her puppy lost five pounds while in Strawberry Farms’ care.

Further investigation revealed several more complaints, including a report from a veterinarian who refused to spay one of their female puppies due to facial wounds and extreme malnourishment.

The business owners have been charged with 82 counts of neglect and 2 felony counts of forging medical documents.

Puppy mills like Strawberry Farms are part of a larger economy of mistreated animals that feed into retail operations. The Orange County Board of Commissioners recently made the retail sale of dogs, cats and rabbits illegal in an attempt to remove the profit incentive for these mills. That ruling came after many years of reports from customers and employees of horrific conditions within some local pet stores.