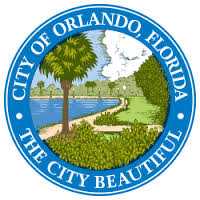 The Orlando City Council voted unanimously Monday night to raise property taxes for the first time since 2008. The rate will increase 17.7 percent beginning in October.

Council members say the property tax hike is necessary to help plug a growing hole in the City of Orlando’s budget.

City leaders say they held back on raising taxes throughout the recession, but they’re running out of ways to make up the $30 million budget shortfall. They say they’re already planning to cut $15 million dollars in administrative costs. The property tax increase is expected to bring in $17 million.