Orlando Faith Community Mourns the Attack of a Pittsburgh Synagogue 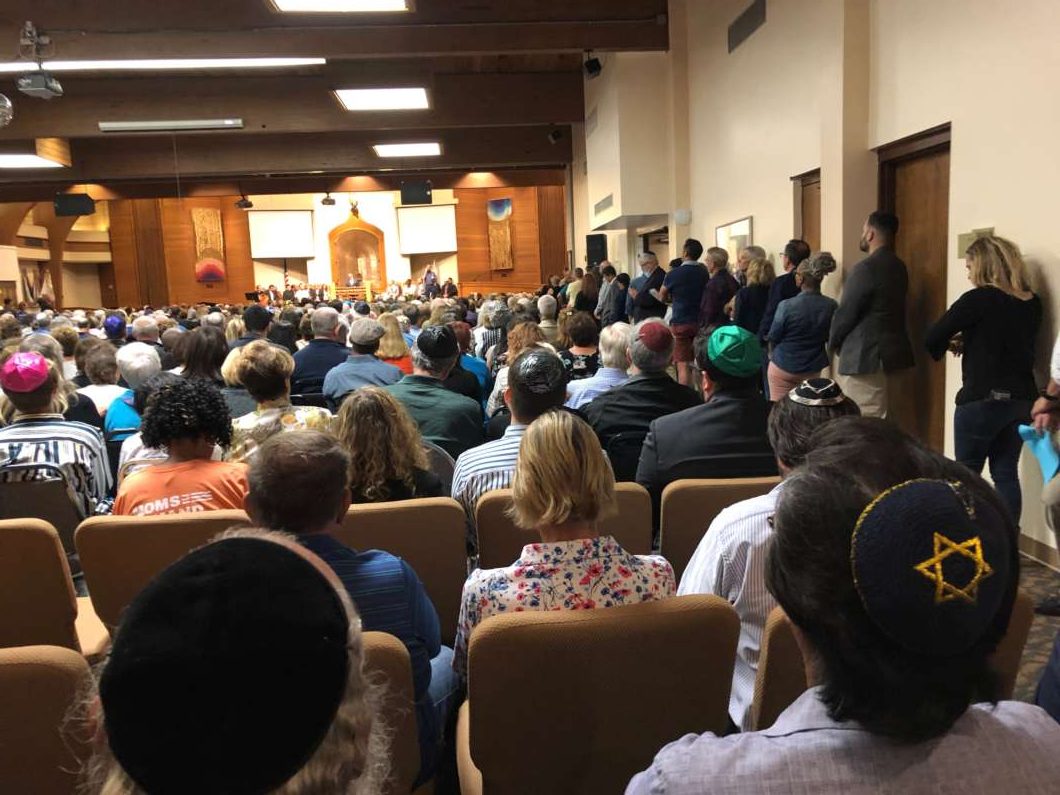 Attendees at the Stop the Hate event in the Congregation of Reform Judaism synagogue: Photo by Emily Lang

The Congregation of Reform Judaism synagogue was standing-room only on Tuesday night. Hundreds entered with family members, some alone just coming off work. The room was filled with members of various faith backgrounds as community leaders took to the stage to grieve the shooting and killing of eleven people in a Pittsburgh synagogue, Tree of Life. The service began with the reading of Congregant Lee Sisselsky, who grew up attending the Tree of Life synagogue in Squirrel Hill.

After an hour of prayer, rabbis reminded attendees that grieving must turn into action. “In our sacred scriptures and even in our Constitution, every word matters so why should every word that comes out of our mouths not matter,” said Rabbi Steve Engel.

Attendees received a blue slip of paper as they walked in, and were asked to circle the best place to meet in order to brainstorm ways to combat hate speech. The goal for the meetings is to see a tangible initiative for Central Florida in place next year. The call to action manifested as a response to the anti-Semitic rhetoric used by the shooter in Pittsburgh, and the tones from national government leaders that have encouraged violence.