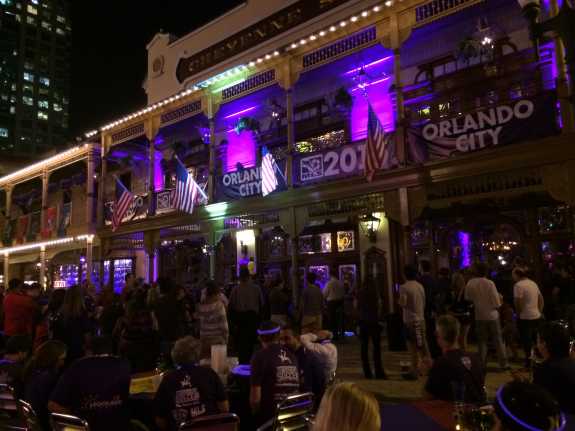 Coach Adrian Heath added to the announcement – with a promise. “We’re going to be there to be the best team that is possible,” Heath told fans.

It was no surprise that Orlando would be awarded an MLS team following approval of an $80 million stadium.

What supporters can’t predict is how the franchise will fare financially after teams folded in Miami and Tampa.

Success depends on fans like 9-year-old Natalie Reynolds.  “More people are becoming interested,” Reynolds told WMFE. “They decided to play soccer, probably, and they get better and better. They might grow up, and it might keep going and going. Because someday I know I could grow up to become one of them, and it just gets me excited,” she said.

The Orlando City Lions will join the MLS in March 2015, keeping their name and colors.