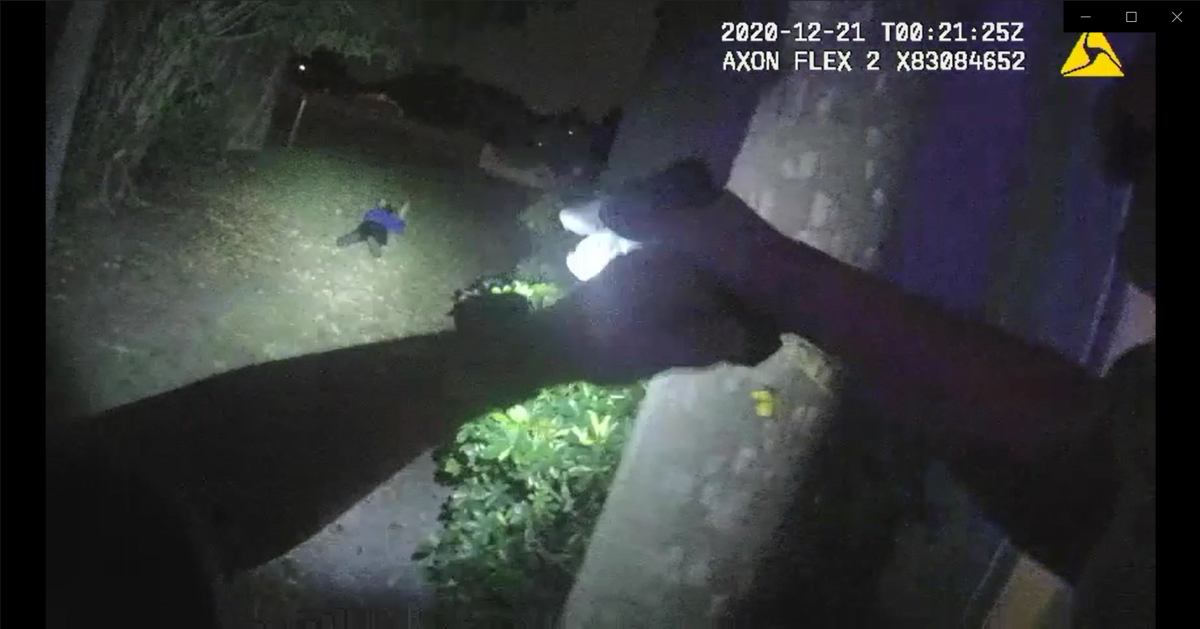 This screenshot from Orange County Sheriff's Deputy Bruce Stolk's body camera shows a fleeing 18-year-old on the ground after the man was shot. Image: From video courtesy of OCSO

An Orange County sheriff’s deputy has been indicted on felony charges for a shooting that occurred in the dark during a foot chase in December 2020.

The Ninth Judicial Circuit State Attorney’s Office, which covers Orange and Osceola counties, said in a news release that 33-year-old Deputy Bruce Stolk was indicted Thursday on charges of aggravated battery with a deadly weapon and causing great bodily harm.

Stolk shot and injured an 18-year-old man who ran away from a food truck line at a Texaco on West Oak Ridge Road as deputies approached. They wanted to cite the teen for driving a motorcycle with no eye protection.

Stolk told another deputy that the unarmed teenager was reaching for his waistline when he shot him, according to the teen’s arrest report.

Edenilson Urbina was shot in the leg, according to an earlier report in the Orlando Sentinel. Urbina was charged initially with resisting rest, but that case was dropped.

The Sheriff’s Office says Stolk has been relieved of law enforcement duties and given a desk job until the case is resolved. He was booked Thursday night and released on a $3,500 bond shortly before midnight.

Sheriff John Mina says he trusts the justice system but that deputies have to make “split-second decisions” to protect themselves and others.