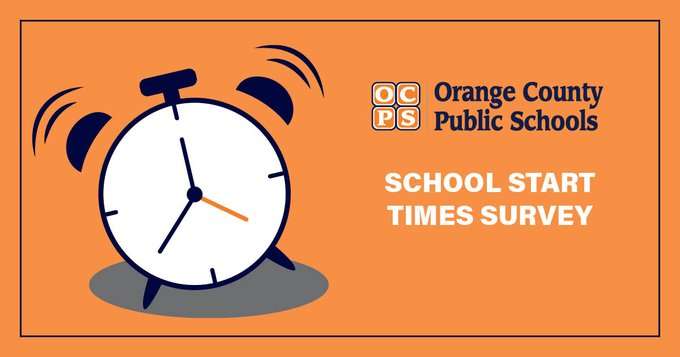 School Board Chair Teresa Jacobs told administrators and teachers at a breakfast in Orlando this morning that parents will be surveyed about school start times.

Jacobs says the school district would like to push back start times for high schoolers based on research that shows teens’ brains require more sleep and are wired to stay awake later.

She says the state is under funding the district’s busing system which means they have to use the same buses at different points in the day for all their students.

“Moving high school start times back by say an hour would require significant changes to either elementary or middle school schedules or both.”

“I believe in the power of public ed & my hope is we can energize more people to become involved. Not just by supporting our students. But by advocating for funding we need to con’t the amazing transformation that’s taken place at OCPS in just the last 20 ys.” @ChairJacobsOCPS pic.twitter.com/vYlZ6OYAGR

She says an additional $36 million dollars in state funding would be needed to make the busing changes.

But she says the single greatest challenge facing the district is still teacher pay.

She said that millages weren’t renewed for the school system which has affected their ability to give teachers a big enough raise.

The School Board wants your input on school start times. This site includes a summary of how bus routes are created & four cost-neutral start time models developed for consideration. https://t.co/lR4uaXQx4B Please take the survey & share your thoughts! pic.twitter.com/5ON6vIyQ9I

“This year alone the loss was approximately $134 million dollars. That’s equivalent to an 11 percent across-the-board raise that we could be offering our employees today in addition to the raise we’ve already offered.”

She says parents and students can now use an app called Fortify FL to alert school security officers of potential threats and they’ve increased support for students experiencing a mental health crisis.

Such a nice time at this morning’s State of the Schools event. pic.twitter.com/0eHDFyrqdl

Jenkins says employees at every school are receiving training to identify students that might benefit from this counseling.

She says teachers at 24 schools will get special training to work with students who have experienced trauma like abuse and other violence at home.