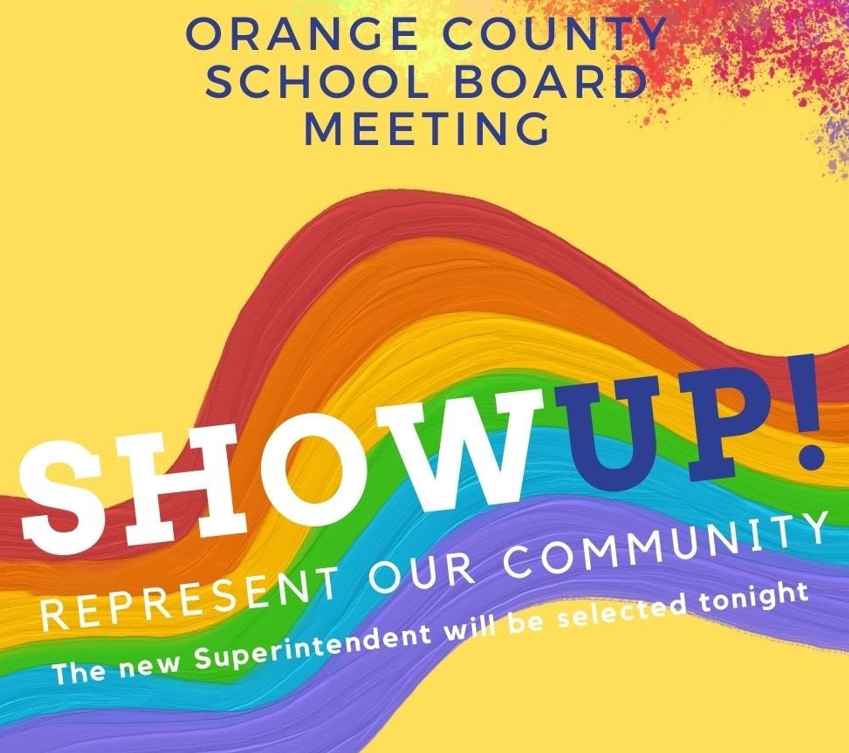 The Orange County School district is recommending its teachers take several precautions before the Parental Rights in Education or so-called “Don’t Say Gay” law takes effect Friday. The law bans any discussion of sexuality or gender identity in the lower grades in Florida.

We know there is a LOT going on in our community and so many reasons to fight, but cannot ignore the efforts by some to target LGBTQ+ people in our schools — students and staff — and the need for us to fight back!

So join @slytherbitch6 & others for this call to action 👇 1/3 pic.twitter.com/jwXYSgOrSn

The district is recommending its K-3 teachers not hang safe space stickers or Pride flags in their classrooms or display photos of their same-sex partners on their desks in order to comply with the state’s new Parental Rights in Education or so-called “Don’t Say Gay” law.

Classroom Teachers Association President Wendy Doromal says these measures, even if they’re just suggestions, could have a chilling effect on LGBTQ+ teachers and students.

“When you hear strongly recommended from the district and you’re a teacher and you want to keep your job because a lot of teachers aren’t renewed each year, they’re going to just say, ‘OK I’m not going to wear my rainbow lanyard to school anymore.’ I’m really worried about the effects this is gonna have on public education and on working conditions and learning conditions.”

In a statement provided to Doromal, the district says it’s waiting for more guidance from the Florida Department of Education before it provides formal guidance to schools.

OCPS parents and LGBTQ advocates are planning on attending the board meeting tonight to raise their concerns during public comment. The meeting at the Ronald Blocker Educational Leadership Center begins at 4:45.

To read the district’s full response to Doromal or to review the presentation given to OCPS administrators and leadership staff on the new law, click on the link.