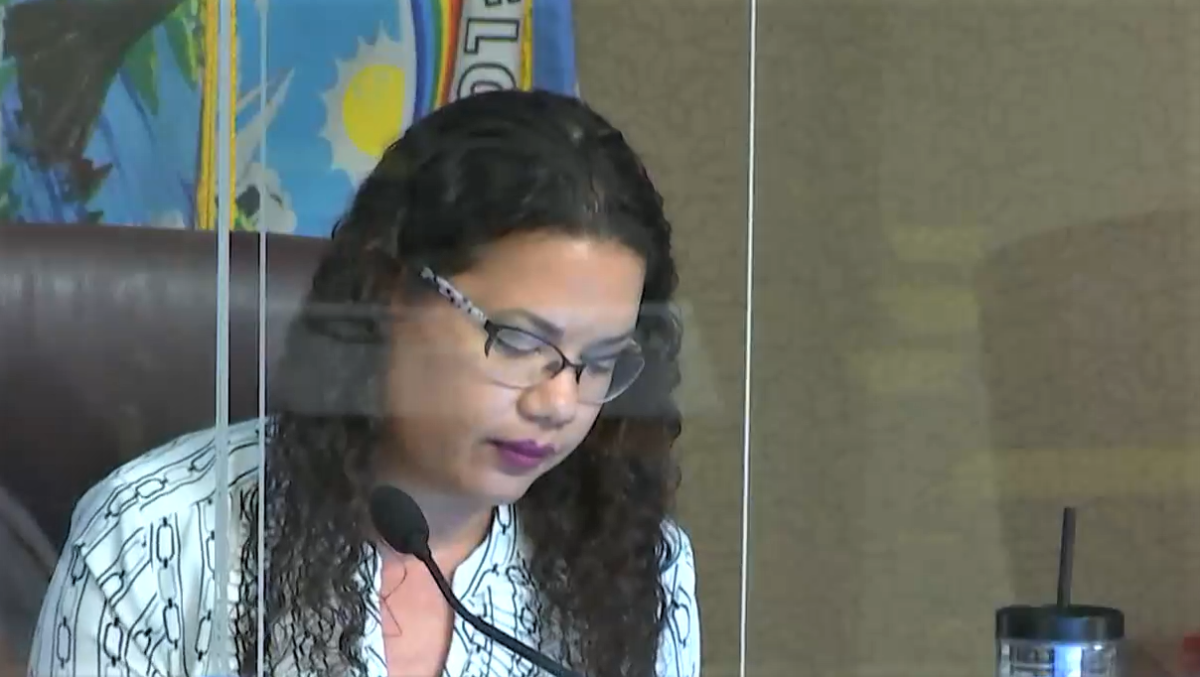 Commissioner Emily Bonilla, shown behind coronavirus shielding during a meeting Tuesday, told the emotional story of a beloved dog she purchased years ago from a retail pet store. Image: Orange County via video

Orange County leaders are considering whether to ban stores that sell dogs and cats.

Commissioner Emily Bonilla is proposing the ordinance to completely ban the sale of dogs and cats at retail stores.

Commissioner Nicole Wilson says it’s an opportunity to shut down the sale of pets that may have been bred in  puppy mills.

“It’s about protecting consumers, protecting or residents and protecting the animals that don’t have a voice here at all today,” Wilson said.

Crystal Gastara of Chews a Puppy, a pet store in Ocoee, presented a petition against the plan at Tuesday’s meeting.

“These voters,” she said, “expect their voices to be heard over the noise of animal rights activist groups that continue to push their anti-pet, anti-agriculture and adopt-don’t-shop agenda with inflammatory misinformation.”

Commissioners are also considering a version of the ordinance that would allow the existing seven retail pet stores in the county to remain. The two versions will come back before the County Commission in late April or May. Then the board could set a hearing on one them.

Twelve Florida counties — including Lake, Seminole, Osceola and Marion — have already passed some kind of ban on retail pet sales.