Opinion: The 8 We Lost 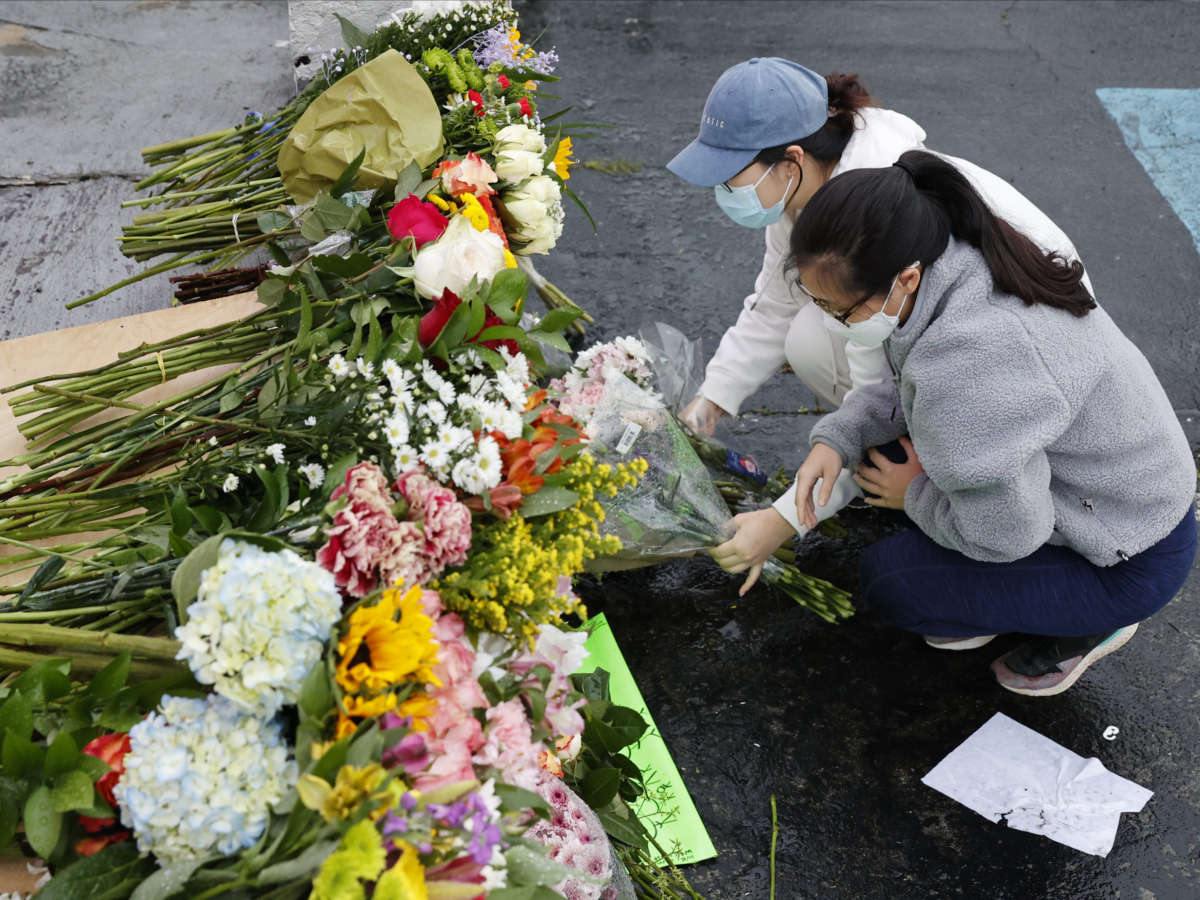 Jenny Choi (left) and Kristi You place flowers Wednesday at the entrance of Gold Spa, one of three locations where deadly shootings happened in the Atlanta area this week.
Image credit: Chris Aluka Berry

When Amelia Pang, writer of the book Made In China, heard the news about this week’s murders in Georgia, she says the spa employees who were killed reminded her of her own mother. She did different work, Pang told us, but, “she is an immigrant woman with very little means. And her life story is likely not so different from theirs. … Who are they? How did they end up working in those salons? What were their hopes and dreams? What would they have wanted to be remembered for?”

Right now, there seems to be more known about the man who has been charged with eight counts of murder than about the eight people killed, six of them women of Asian descent.

Xiaojie Tan was 49, and owned Youngs Asian Massage and another business. She was born in China, and had an adult daughter who says they were “best friends.” Her former husband told NPR, “She was full of smiles and laughter.”

Hyun Jung Grant, a single mother, immigrated from Korea with her two sons, and liked to take them to the aquarium.

44-year-old Daoyou Feng had only recently been hired.

Yong Ae Yue was 63. Her sons released a statement saying they are devastated by the loss of their mother.

Delaina Yaun was 33, with a teenage son and infant daughter, and worked at a nearby Waffle House.

Paul Andre Michels was 54, and a veteran who owned a security business and collected rare coins.

We have yet to know much more than the names of Soon Chung Park, who was 74, and Suncha Kim, who was 69.

Investigators have not called the attacks a hate crime. They say they are still looking into the shooter’s motives. Still, people gathered across the country this week to protest anti-Asian violence.

Bonnie Tsui, the author whose works include American Chinatown, says that when she heard of the shootings, she was preparing to teach a class of Stanford medical students about public health’s history of racism against Asian Americans.

“I felt so acutely the historical weight of sadness and anger,” she told us.

She recalled how the New York Board of Health called the 1832 cholera epidemic, “the Oriental cholera,” and how “Chinese women … were deemed ‘prostitutes,’ ‘filthy,’ and ‘morally corrupt,’ and yet were exoticized and exploited by white men…” And Tsui draws a connection to today’s rise in the number of attacks against Asian Americans, women especially, during the coronavirus pandemic.

“In this persistent othering,” she says, “is an unbroken line to ‘the China virus.’ … Words can be weaponized, especially by people in power. They give the impression that it’s OK to act on those racist impulses, with violence. And gun violence,” she reminds us, “is uniquely American.”