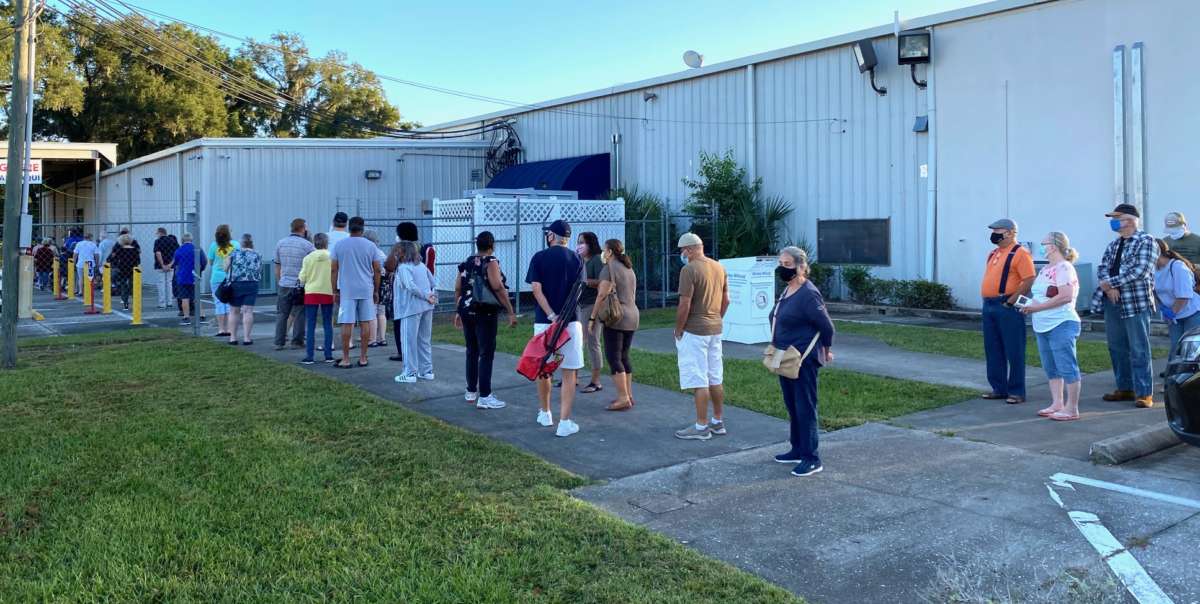 About 4.3 million Floridians, like these Marion County residents, voted early in person. Another 4.7 million or so voted by mail. Photo: Joe Byrnes

Tuesday is Election Day for about 38 percent of Florida’s registered voters.

The other 62 percent have voted already.

A record 9 million or so Floridians voted by mail or voted early in person. That’s more than 93 percent of Florida’s total count in the last presidential election.

In most Central Florida counties, more than 60 percent have voted already — which should reduce the lines at polling places on Election Day.

Sumter County leads the state with 79 percent turnout so far.

The county has a growing number of mostly Republican senior voters and has already logged 107 percent of the 2016 vote.

Orange County has around 62 percent turnout.

In Osceola County, Hispanic voters are half the electorate, according to the Pew Research Center. And Democrats and independents heavily outnumber the Republicans.

Osceola’s turnout is at 60 percent, and there, too, more people have already voted than in the last presidential election.