Ocala council could allow landfill to expand in black neighborhood 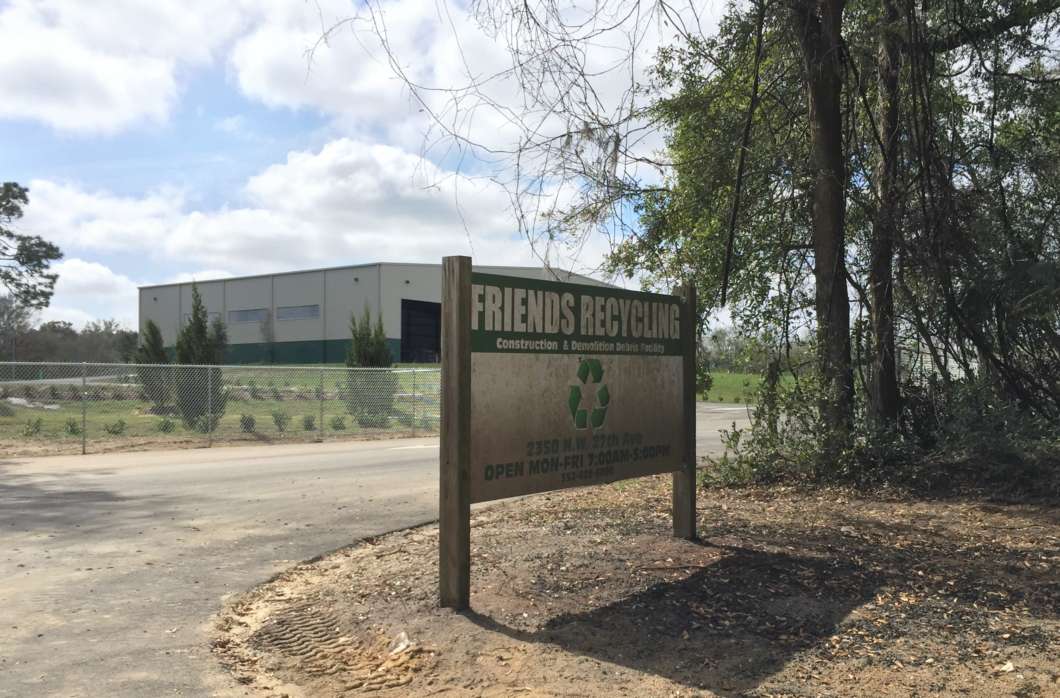 Friendship Recycling on Northwest 27th Avenue in Ocala is seeking a code change that could allow it to expand its construction and debris landfill. Photo: Joe Byrnes

The owner of an old construction and debris landfill in northwest Ocala is asking the City Council to change city code in a way that could allow it to expand.

The city holds a second and final hearing on the change Tuesday afternoon.

In general, Ocala rules don’t permit landfills like the one operated by Friends Recycling on Northwest 27th Avenue, but this landfill was there before the rules took effect.

It’s near Happiness Homes and the future sites of a community center and hundreds of houses planned for the old Pine Oaks Golf Course.

For years, people in that predominantly African-American community have opposed development at the landfill site. One neighbor – Ire Bethea – spoke at the last council meeting.

Tuesday’s vote, which directly affects District 2, comes at a time when that seat on the council is empty. Bethea is one of three men running to fill it. The other candidates are Lonnie Hooks III and Reginald Landers Jr.

If the city code change is approved Tuesday, the owner of the landfill would have to come back to the City Council before it could be expanded.