Obama Eases Special Limits On Cuban Products, From Drugs To Rum And Cigars 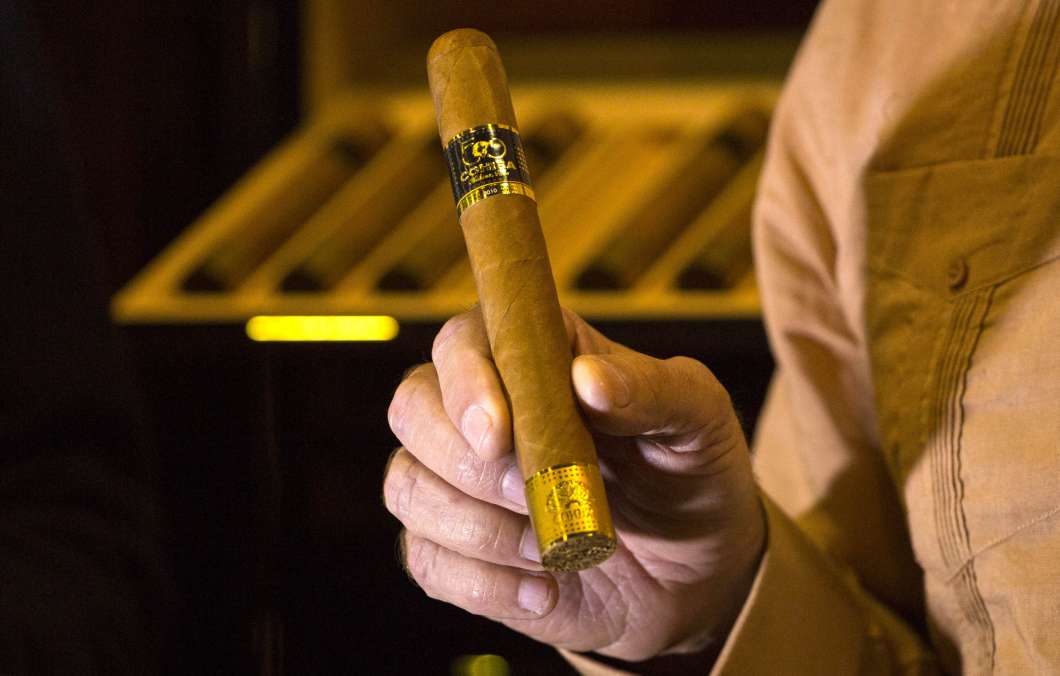 An official displays a limited edition Cohiba 50 cigar, one of 2,000 made for the 50th anniversary of the Cuban brand, on the opening day of the annual Havana Cigar Festival in Havana, Cuba, in February.
Image credit: Desmond Boylan

As of Monday, U.S. citizens who travel to Cuba will no longer be limited to bringing back goods worth up to $400 — including $100 worth of tobacco and alcohol. President Obama ordered the changes, which also clear the way for Cuban-origin pharmaceuticals to gain U.S. regulatory approval.

Instead of those special quotas, normal limits on Americans’ importation of foreign products for personal use will apply.

The changes are meant to “open up space for Cubans to improve their livelihood,” said a senior White House official who spoke about the changes on background. It’s the sixth round of amendments to U.S. sanctions on Cuba, in a process that began nearly two years ago.

The new rules cover a wide range of areas, from medical-related business projects to a new provision that will allow air cargo to transit Cuba. They also widen the field of grants, scholarships, and awards that can be provided to Cuba or to Cuban citizens, which will now include scientific research and religious activities.

Another change will allow U.S. companies or individuals to work on developing or repairing parts of Cuba’s infrastructure.

Detailing the changes, the Treasury Department says that its Office of Foreign Assets Control will now operate under rules that will bring more chances for the U.S. and Cuba to share medical innovations and scientific collaboration. For instance, U.S. nationals will be able to conduct joint medical research alongside Cuban nationals — for commercial or noncommercial use.

As a whole, the moves are meant to help the Cuban people and to advance U.S. interests in the region, the White House says.