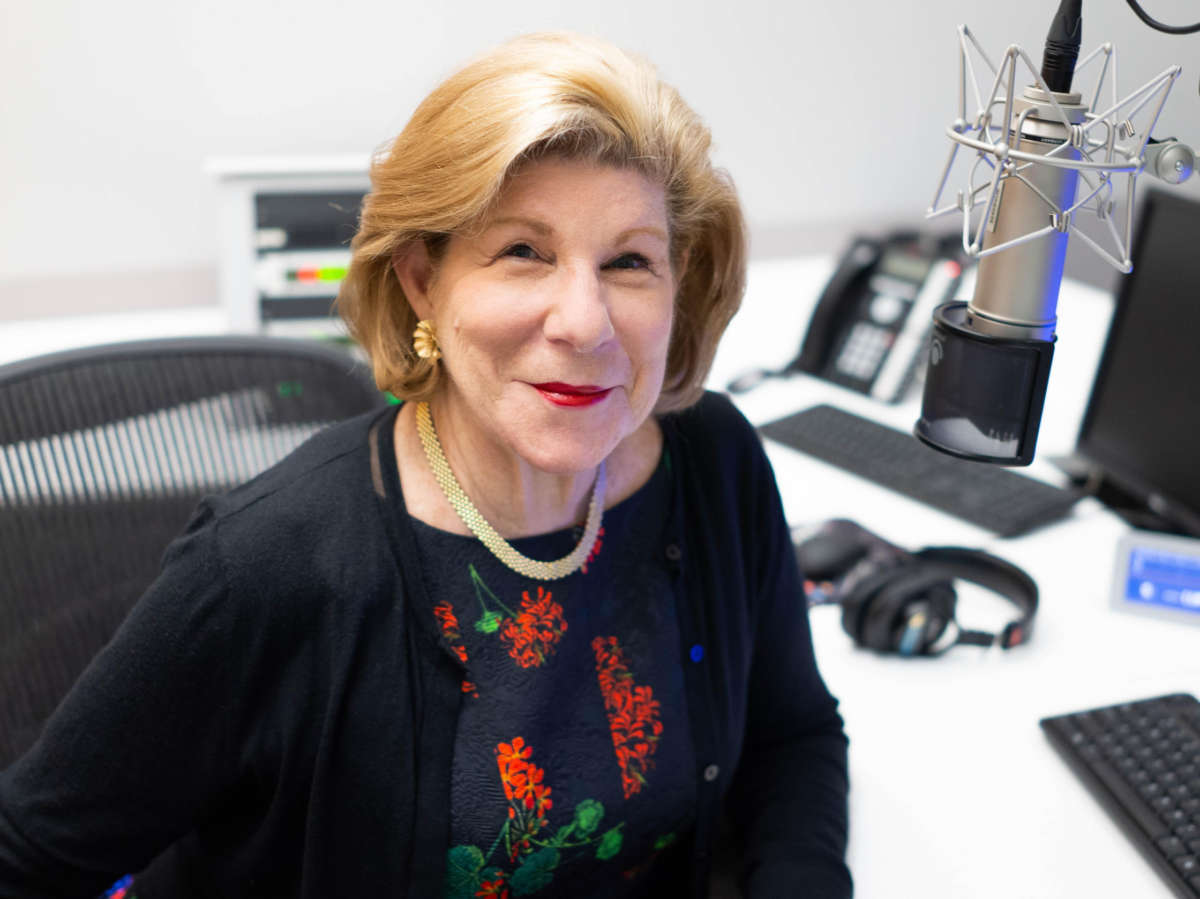 “There was almost nothing she was willing to say about anything,” Totenberg says. “Amy Coney Barrett takes the crown for unresponsiveness.”

Now, as the Senate prepares to vote on Barrett’s confirmation next week, Totenberg anticipates a fundamental shift in the Supreme Court’s outlook.

“With the ascension of what is likely to be Justice Barrett, I think we’re likely to see a Court that is more conservative than any Court since the 1930s. And it could lead to very profound consequences,” she says.

Totenberg says that if Joe Biden is elected president, any progressive legislation that passes is likely to be challenged “over and over again — the way the ACA has been challenged.”

“I don’t think [Biden is] a fan of Court-packing or adding justices, but [Franklin] Roosevelt wasn’t a particular fan of it to begin with,” Totenberg says. “It took three years of the Supreme Court striking down essential New Deal legislation at the height of the Depression for him to make his proposal to add justices to the Court.”

On her friendship with the late Justice Ruth Bader Ginsburg

Initially, it was just a professional friendship. And then when she moved to Washington, we became really close friends. She was a very interesting person, in a way difficult to peg, in the sense that a lot of people took her for being a bit austere because, in fact, she was very shy and very quiet. So when you would have her over to dinner, you sometimes really had to strain to hear her voice. And what could you discuss with her, after all, you can’t discuss the Court? …

But in fact, we had just many wonderful times together, especially in the last year of her life. During lockdown she came to our house for dinner every Saturday night, almost until the time she died.

On saying goodbye to Ginsburg

She was really not feeling well. And we brought dinner to her. And that was the last time I saw her, [it] was probably about 10 days before she died. But I did talk to her and I said goodbye to her on the phone. … At that point it was just a couple of days before she died and she couldn’t talk anymore, but [Ginsburg’s] daughter said she raised her hand to wave when I [said goodbye.]

Ruth didn’t do regrets and she didn’t do defeat. She just soldiered on. I think that she regretted that Trump was president, I think that’s patently obvious from some of the impolitic things that she said and shouldn’t have said, on one occasion, anyway, but that’s just not the way she operated. She operated to live and to get her work done, and she did that almost until the day she died. Not quite, but I’d say, within weeks. I don’t think she even acknowledged the possibility of really dying before a new president — whether it would be Trump or Biden — was sworn in. I don’t think she really acknowledged that genuine possibility that she was going to die before then until maybe a couple of weeks before she died.

It’s true that it was ignored, but it’s also true that she really didn’t want her name to be public. When I talked to her at first, she didn’t want her name to be public still. And I said I was trying to get her to do an interview with me. And she said that if I could get the affidavit, that she would agree to an interview. And I think … that she didn’t really think I could get the affidavit and that therefore she would not have to come forward.

But I did get the affidavit, and she lived up to what she said. She did do an interview with me. Almost everything that she said in the hearing she said in that interview. When I broke that story, I thought that there was a 50/50 chance it would just die, because if she left her house and was unreachable and didn’t talk to anybody else in the news media, it would have died, without a human face. And she didn’t do that. She was very young at the time. She was in her 20s. … What she did was very brave.

On getting her start as a journalist

Often, in the beginning, I was the only woman in the newsroom, or one of two women in the newsroom, and that’s the way it was for a very long time. If you were a woman, you understood that you had to be twice as good and that that wasn’t fair. My mother certainly was a fiery dame, but she never thought I would succeed as a journalist. … She had been somebody’s administrative assistant and sort of ran his office and that’s what she figured was the best that would happen to me and I just wasn’t prepared to accept that ever.

And I have to give some credit to my dad, who was a famous virtuoso violinist, and as a result, I did see women in music, not so many in the orchestra, but very talented musicians who were like him, performers. And he always treated them absolutely equally. And I think that that example got it in my feeble brain that I could do this job, I could do it well if I wanted to.

In the beginning, NPR was a tiny little place. There were 16 reporters in the newsroom, period. And now there are probably over 100. … We had one overseas reporter, that was Robert Siegel in the U.K. … We had, at some point, a totally hopeless management. … They didn’t like us because we were women. We were cheap! That’s the only reason they hired us! We were cheap. You couldn’t get a man to work for what we worked for in the early days. … The salaries were really unforgivably low, and that’s why we were mainly women in the newsroom.

You couldn’t get a job doing what I did at a comparable news organization in those days, making the money that people in those other news organizations were making. There were very few of those people. That’s the reason all of us of a certain age know each other. Lesley Stahl and I used to sit at the table in the Senate dining room, the press table in the Senate dining room all the time and talk because there were a handful of us.

Heidi Saman and Seth Kelley produced and edited this interview for broadcast. Bridget Bentz, Molly Seavy-Nesper and Meghan Sullivan adapted it for the Web.