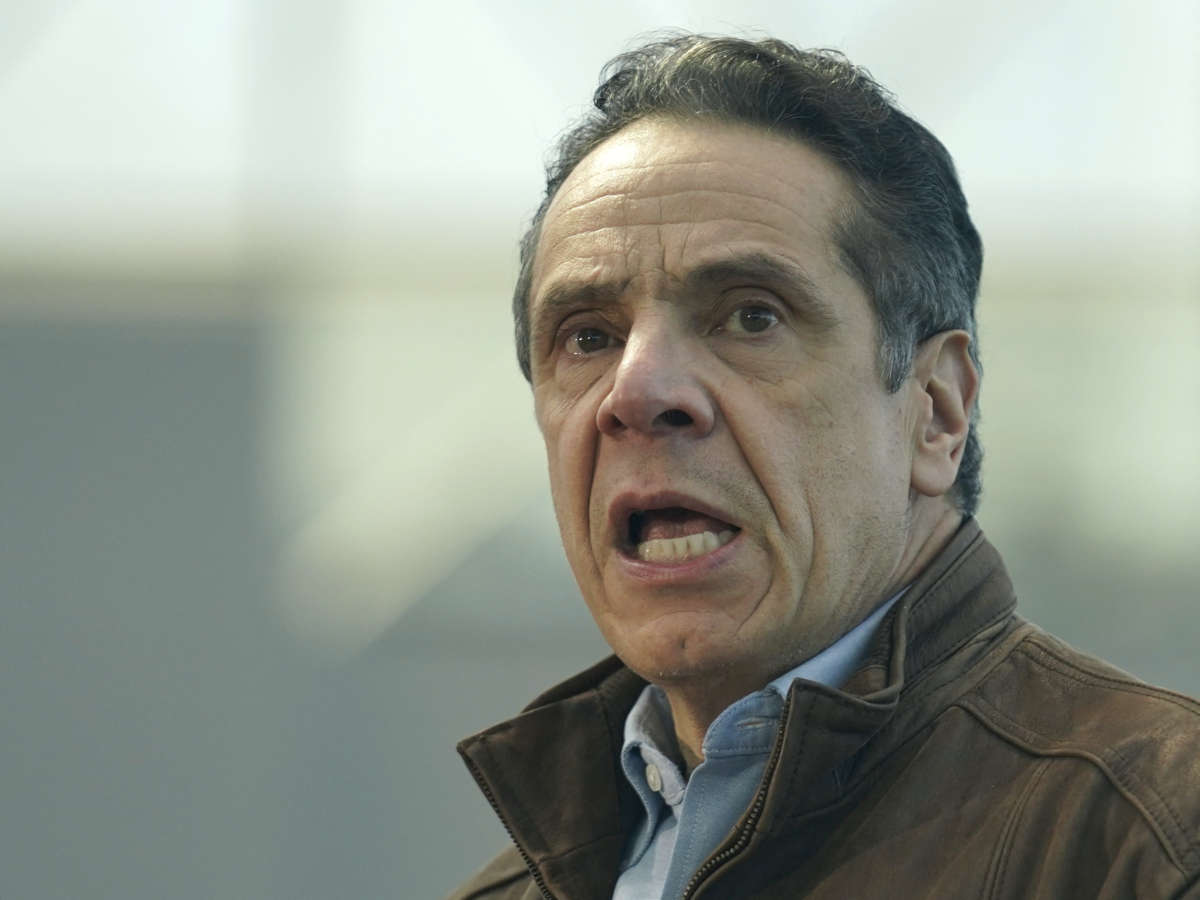 Andrew Cuomo, seen on March 8, has announced he is stepping down as governor of New York.
Image credit: Seth Wenig

New York Gov. Andrew Cuomo has announced he will resign from office following a scathing report from the state’s attorney general concluding that the third-term Democrat sexually harassed 11 women, and in one instance, sought to retaliate against one of his accusers who went public with her allegations.

Cuomo’s departure from office, which will take effect in 14 days, marks a stunning turn of events from just over a year ago, when the governor was seen as a rising star in the Democratic Party for his administration’s response to the coronavirus pandemic. Yet even that performance is now under a cloud of scrutiny, as a separate investigation by the attorney general found that the number of nursing home deaths disclosed by the state was far worse than officials disclosed.

But it was the allegations of harassment that precipitated the once unthinkable prospect of Cuomo’s resignation. The 165-page report released last week followed a months-long investigation into Cuomo’s actions and outlined what New York Attorney General Letitia James called violations of both state and federal law. Prosecutors said their findings substantiated allegations from several women — allegations that included unwanted and nonconsensual touching and sexual comments.

“This is a sad day for New York because independent investigators have concluded that Governor Cuomo sexually harassed multiple women and, in doing so, broke the law,” James said upon the report’s release. “No man – no matter how powerful – can be allowed to harass women or violate our human rights.”

Since February, at least seven women have come forward to recount unwelcome interactions with Cuomo, including several former aides.

Among them is Jessica Bakeman, who said in a New York Magazine essay published in March that the governor touched her inappropriately while she was working as a statehouse reporter several years ago. Bakeman now works at an NPR member station in Florida.

Her account followed claims from an unidentified aide who said Cuomo had groped her at the governor’s mansion late last year. The Times Union of Albany said it spoke with someone who had direct knowledge of her allegation that the governor reached under her shirt and fondled her after she was called to his office to assist with an issue involving his phone.

An attorney for the governor, Beth Garvey, said the state had an obligation to report those allegations and did so when the complainant declined to do it.

Following the Times Union revelation, the speaker of the New York State Assembly, Carl Heastie, authorized the Assembly’s Judiciary Committee to open an impeachment investigation to look into the misconduct allegations against Cuomo.

Another woman, Anna Ruch, shared her story with The New York Times. Ruch told the Times in March that she met Cuomo during a wedding reception in September 2019. Ruch said that Cuomo put his hand on her bare lower back and that after she removed his hand, he then placed both hands on her cheeks and asked if he could kiss her. A friend nearby photographed the interaction, and Ruch shared the photos with the newspaper.

Following publication of Ruch’s story, U.S. Rep. Kathleen Rice called for Cuomo to quit. She was the first Democrat in New York’s congressional delegation to do so.

In the months since, every member of the state’s congressional delegation has followed suit, including Reps. Jerry Nadler and Alexandria Ocasio-Cortez. So too did the state’s two senators — Majority Leader Chuck Schumer and Kirsten Gillibrand.

“I think he’ll probably end up being prosecuted, too,” Biden told ABC News in March.

Ruch’s allegations followed statements in February from two former aides: Lindsey Boylan, a onetime economic adviser to Cuomo, and Charlotte Bennett, who worked as an executive assistant and health policy adviser for the governor.

Boylan described an unwanted kiss and touching from the governor, amid “a culture within his administration where sexual harassment and bullying is so pervasive that it is not only condoned but expected.”

Bennett told The New York Times that the governor had asked her a series of personal questions when she was alone with him in his office, including whether she ever had sex with older men.

On top of the harassment accusations, Cuomo was also facing pressure for not publicly disclosing the full number of people who died of COVID-19 in nursing homes in the state.

James issued a report in late January that found Cuomo’s administration undercounted the nursing home deaths by 50% because it didn’t include many residents who became sick with COVID-19, were transferred to a hospital and died there.

Cuomo, 63, is the son of former three-term New York Gov. Mario Cuomo and served as an adviser in his father’s administration. Cuomo served as secretary of housing and urban development in Bill Clinton’s administration and was first elected to statewide office in 2006 as New York state’s attorney general. He was elected governor in 2010 and was serving his third term at the time of his resignation.