New Spacecraft To Replace Shuttle Now Has A Name: Starliner 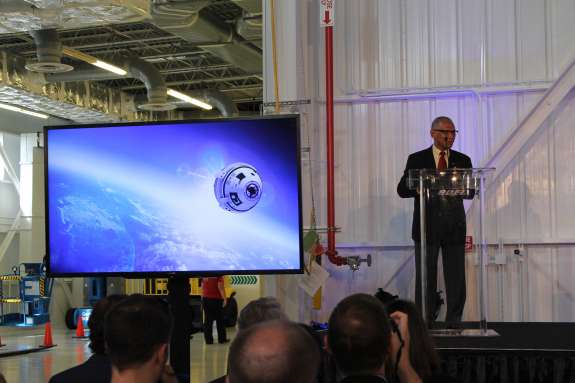 Starliner is the name of Boeing’s new spacecraft that will replace the shuttle in flying astronauts to the International Space Station.

The company announced the name Friday during a ribbon cutting of its new facility at Kennedy Space Center.

Former astronaut Chris Ferguson unveiled the name as lights flashed and a curtain rose on the partially built capsule inside an old shuttle hangar.

“We’ve already named the astronauts who are beginning training to be the first to fly on commercial spacecraft. It’s no longer just an idea. As you can see here today it’s reality.”

Boeing’s Starliner is one of two commercial spacecrafts NASA has selected to replace the shuttle in flying astronauts to the International Space Station beginning in 2017.

The other is SpaceX’s Dragon capsule.