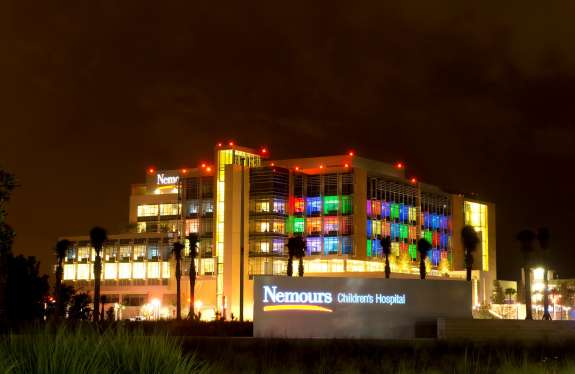 Oxendale is retiring at the end of the year to spend more time with his new grandchild, he said in a statement. Dana Nicholson Bledsoe will take over as president in July.

See below for the full announcement:

ORLANDO (May 11, 2015) – Roger Oxendale, the person who led Nemours Children’s Hospital (NCH) for the past five years, will be retiring at the end of the year. Oxendale and his wife made the decision after welcoming their first grandchild.

“My personal goal has always been to stay healthy and to have the time and flexibility to enjoy spending time with my family and friends,” Oxendale said. “As those of you who are grandparents can attest, the arrival of our grandchild has simply sped up our personal retirement timeline.”

Dana Nicholson Bledsoe, FACHE, will become the next hospital president and will assume leadership in July. Bledsoe served as president of the 174-bed Children’s and Women’s Hospital, part of the Sacred Heart Health System in Pensacola, Fla. from 2011 to 2013. More recently she helped Nemours develop strategic plans to guide the health system’s operations in both North and Central Florida.

Oxendale joined Nemours in April 2010 and oversaw the construction of the $400 million hospital which opened in Lake Nona Medical City in October, 2012. He also helped to recruit many of the world-class pediatric specialists serving at the hospital.

“Roger leaves behind a strong legacy in the team and the facility he helped to create at NCH,” said Robert Bridges, Chief Executive Officer of Nemours Florida Operations. “Over the course of his five years with Nemours, Roger showed great leadership in helping us realize our vision of improving access to world-class pediatric care for the families of Central Florida”.

In December 2014, NCH was one of just nine children’s hospitals in the country to make the annual Top Hospital List from the Leapfrog Group. This elite distinction is awarded to hospitals nationwide for demonstrating excellence in hospital safety and quality through the Leapfrog Hospital Survey. In April 2015, Becker’s Hospital Review also named NCH as one of “100 Great Hospitals in America”.

“I believe Dana will not only continue the great work already underway in Central Florida but she has the vision and passion to lead us to even greater heights,” said Bridges.

Through the end of the year, Oxendale will continue to serve as a senior vice president with Nemours, assisting the health system with its plans to grow further in Florida and supporting Bledsoe during the transition. After retirement, Oxendale and his wife will continue to live in Orlando and stay involved in the community.