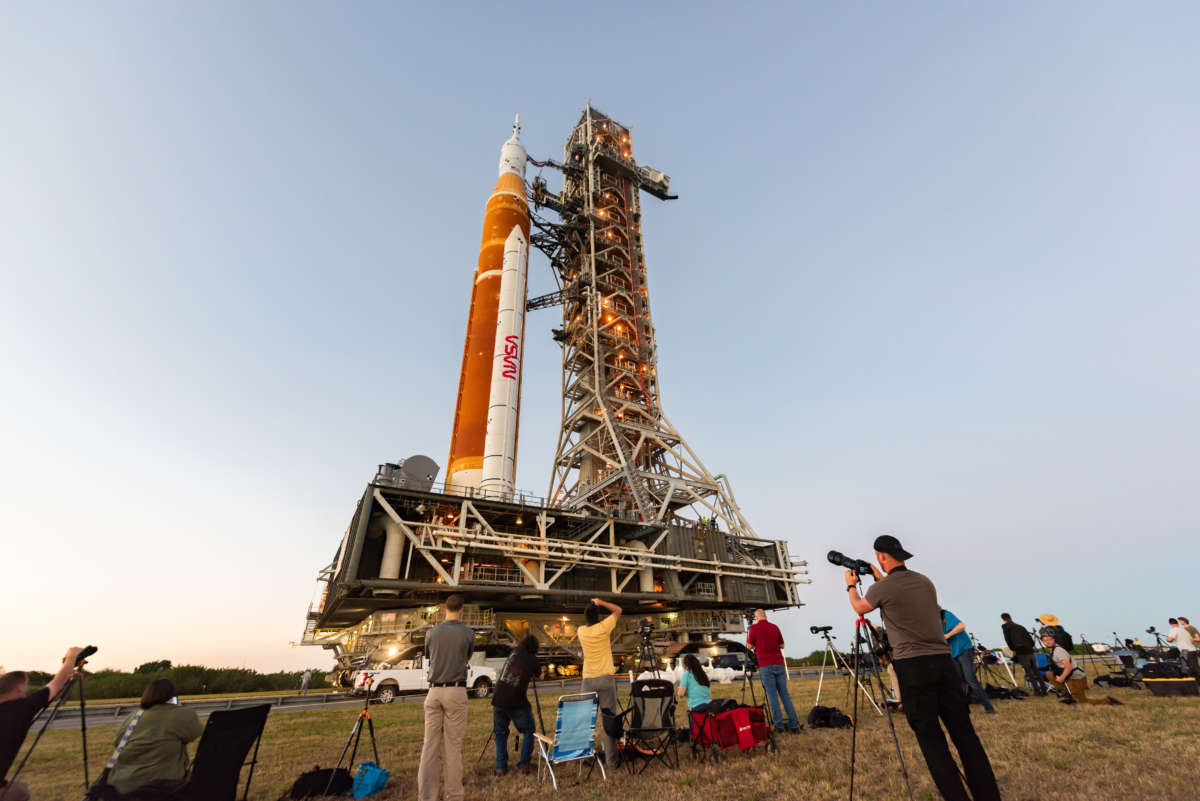 The SLS rocket for NASA's Artemis I mission rolls out to the launch pad at Kennedy Space Center. Photo: Brandon Moser

NASA’s mega-rocket the Space Launch System has left the Vehicle Assembly Building at Kennedy Space Center and made its way to a launch pad, ahead of an uncrewed mission around the moon and back later this year. It’s the first time a moon-class rocket has seen Launch Complex 39B since the days of Apollo and marks the start of NASA’s newest moonshot missions called Artemis.

But before it can embark on its first mission to the moon, SLS must go through a critical test called the wet dress rehearsal, simulating the events of launch stopping just short of firing the vehicle’s four main engines and two solid rocket boosters.

For more we’ll speak with Are We There Yet intern Beatriz Oliveira, who was at the roll out event last week. And to learn about the mission ahead and what it might be like to fly on SLS we’ll speak with NASA astronaut Randy Bresnik.

Then, a Martian orbiter is tracking weather on the red planet. Launched by the United Arab Emirates, the Hope orbiter aims to better understand the atmosphere of Mars and its weather. We’ll speak with lead scientist Hessa Al Matroushi about the mission so far and what the UAE’s first mission to Mars is learning about the red planet.