More Police Officers Have Died On The Job So Far This Year Than In 2020. Why? 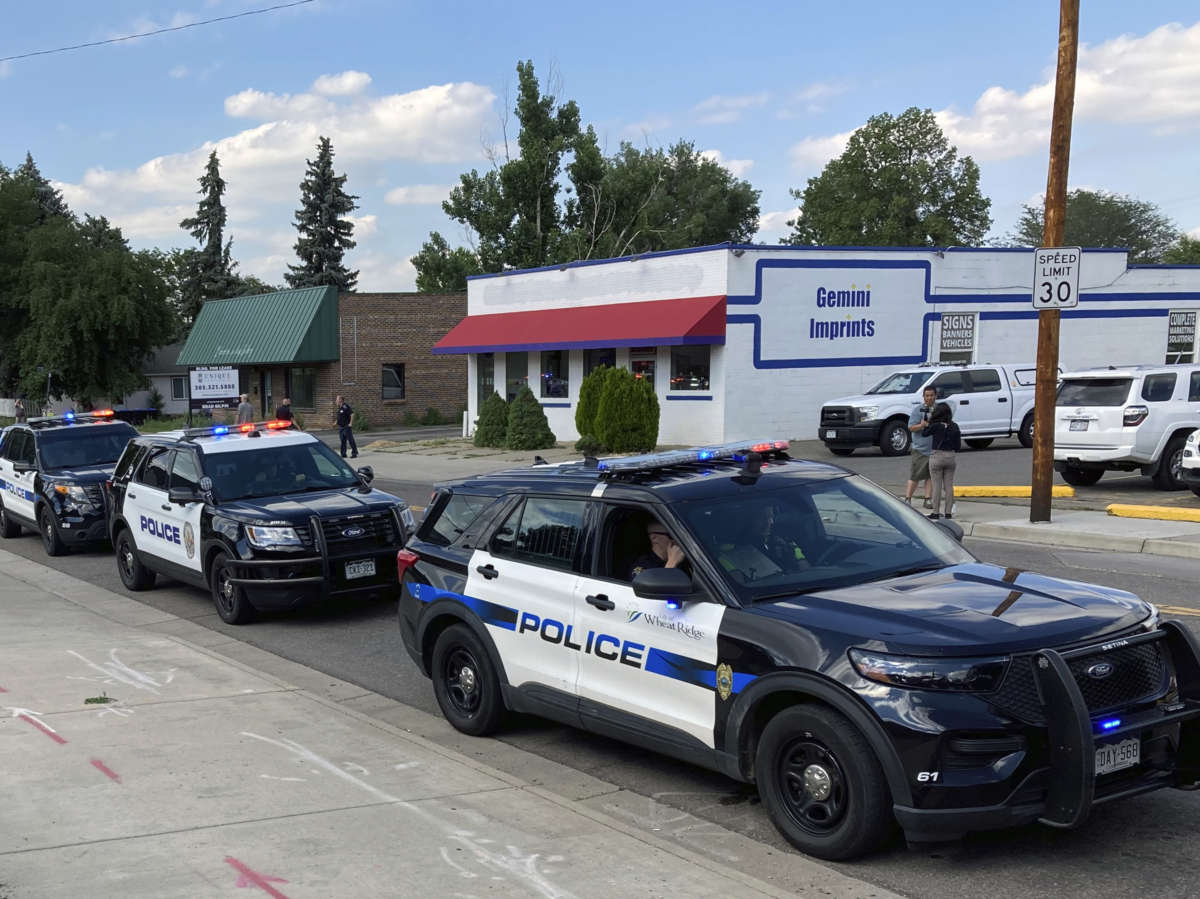 About 30 police cars line up for a procession in honor of an officer who was fatally shot in Arvada, Colo., Monday, June 21.
Image credit: Colleen Slevin

The rate of on-the-job fatalities for police is higher this year than it was at this time in 2020, according to an organization that tracks law enforcement deaths.

This is compared to Jan. 1 to June 21, 2020 when the organization recorded 136 police officers who died in the line of duty.

On Monday, 19-year Arvada police veteran Gordon Beesley marked another loss for the law enforcement community. Beesley was killed along with two other people during a shooting at a downtown shopping district of the city of Arvada, Colo., authorities said. The NLEOMF numbers do not yet include his death.

He is the fourth Colorado police officer to die on the job this year.

The death of Beesley comes just three months after another gunman killed 10 people, including another police officer, roughly 20 miles away at a supermarket in Boulder.

The two others killed Monday in Arvada included the shooting suspect and a third person described as a “Samaritan,” Arvada police Deputy Chief Ed Brady said at a news conference. Details of the suspect, the third victim, and the incident leading up to the shooting were not released Monday.

From 2010-2019, the leading cause of line-of-duty law enforcement officer deaths was fatal shootings, according to the NLEOMF. A reported 528 men and women police officers were shot and killed.

The reason for the jump in deaths so far this year may be tied to COVID-19.

Coronavirus infections were the leading cause of death for police officers last year, according to reports. In 2020, 295 officers in total died, with at least 182 dying from COVID-19, according to NLEOMF.

That marked a 300% increase in a cause of death unrelated to firearms or car crashes, otherwise categorized as “other causes,” the organization said.

The NLEOMF marks “other causes,” which account for illnesses or medical emergencies like heart attacks or strokes at work, for resulting in the death of 88 police officers so far this year. This time in 2020, 85 officers died due to illnesses or other causes.

Car crashes and other traffic-related incidents pose the biggest threat to police officers, according the Centers for Disease Control and Prevention and NLEOMF.

The CDC says behavior-related hazards put officers at particular risk for traffic-related injuries or death on the job. These include not wearing a seat belt, speeding (particularly through intersections), being distracted while on a device while driving, or experiencing tunnel vision from increased stress.

2020 was the worst year in law enforcement deaths since 1930, according to statistics.

In 1930, 312 officers were killed–still the deadliest year on record.

The FBI ties much of that to the rise of gangs following the passage of Prohibition in the U.S. in 1920. Law enforcement agencies were “outgunned” and ill-prepared to take on massive gang operations across the country and the rise of the New York Mafia, according to the agency.

“By the early 1930s, cities like St. Paul, Minnesota, had become virtual training grounds for young crooks, while Hot Springs, Arkansas, had turned into a safe haven and even a vacation spot for the criminal underworld,” the FBI said. “More often than not, local police forces were hobbled by the lack of modern tools and training.”