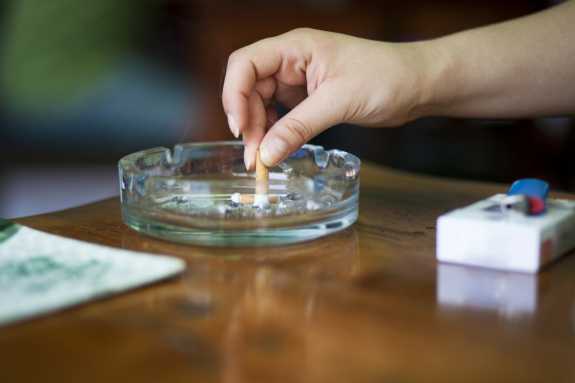 Hey toots, can you please take it outside?
Image credit: Vojkan Milenkovik

These days you’re pretty much guaranteed a smoke-free experience in stores, restaurants and on the job. But those laws usually don’t reach inside the home. Though more than three-quarters of homes are now smoke-free, millions of children and other relatives of smokers are still exposed to secondhand smoke, a study finds.

The number of smoke-free homes rose from 43 percent in 1992-1993 to 83 percent in 2010-2011, according to a study of Census Bureau data published Thursday in Morbidity and Mortality Weekly Report.

That’s progress, but the federal Centers for Disease Control and Prevention, which sponsored the study, is worried about those remaining smoky homes.

In 2006, the Surgeon General declared that there’s no level of secondhand smoke that’s safe. Homes are the main source of exposure for children, and for adults who don’t smoke.

“Because 100 percent smoke-free indoor environments are the only effective way to fully eliminate secondhand smoke exposure, efforts are warranted to educate the public about the dangers of secondhand smoke and to promote the adoption of smoke-free home rules, particularly among subpopulations at greatest risk for exposure, such as those living in households with smokers, in states with lower prevalence of smoke-free home rules, and in multiunit housing,” this most recent CDC report concludes.

And some states are doing a lot better than others. Western states generally had the highest rate of smoke-free homes, while Kentucky and West Virginia trailed, with just 69 percent of all homes reported as smoke-free. You can check out specifics on your state in the chart below.