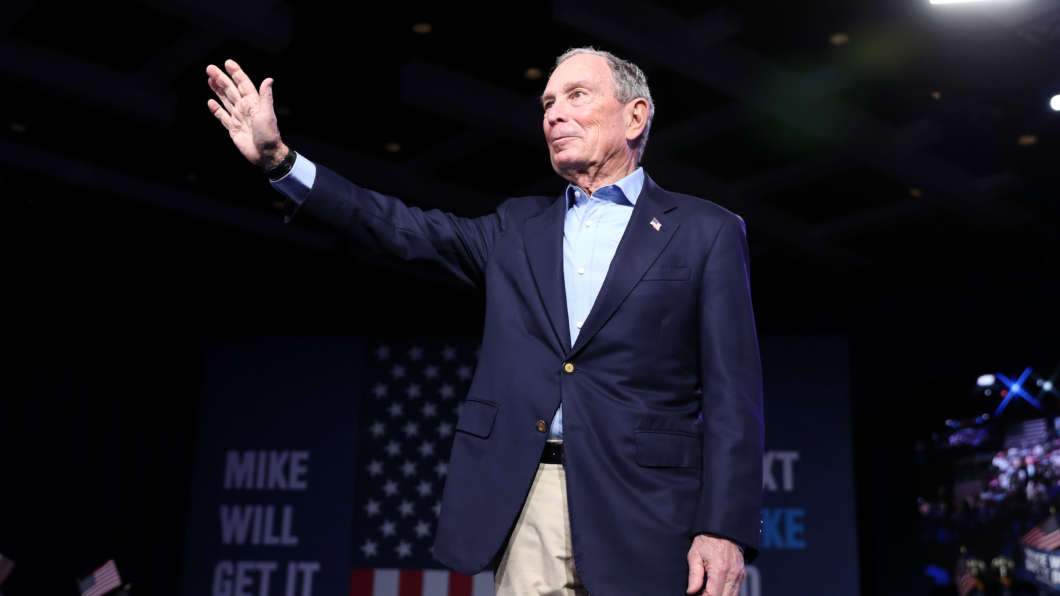 Mike Bloomberg waves to his supporters at his Super Tuesday night event on March 3. Bloomberg dropped out of the Democratic primary race on Wednesday.
Image credit: Joe Raedle

Michael Bloomberg, the billionaire former mayor of New York City who had spent hundreds of millions on ads during a 100-day presidential campaign, announced on Wednesday he’s suspending his bid and is endorsing former Vice President Joe Biden.

The decision follows a disappointing Super Tuesday for Bloomberg. He won just one contest: the territory American Samoa.

“After yesterday’s results,” he said in the statement, “the delegate math has become virtually impossible – and a viable path to the nomination no longer exists.”

Bloomberg threw his support behind Biden, who won most of the 14 states voting on Tuesday.

“I’ve always believed that defeating Donald Trump starts with uniting behind the candidate with the best shot to do it,” Bloomberg said. “After yesterday’s vote, it is clear that candidate is my friend and a great American, Joe Biden.”

Bloomberg entered the presidential race late, formally jumping in in late November. He skipped the first four primary states to focus on Super Tuesday. He spent about a quarter billion dollars of his own money just on ads in the states voting March 3.

But those efforts didn’t bear fruit. The billionaire was able to have a real effect on the race however. He briefly cracked double-digit national polling numbers and got on stage for two debates, thanks in part to his unprecedented spending.

By the time he exited the race, Bloomberg spent more than half a billion dollars on television ads. That’s more than the Hillary Clinton and Trump campaigns spent on TV ads throughout the entirety of 2016, according to the New York Times.

While Bloomberg is out of the race, the gusher of money probably won’t stop. Bloomberg’s campaign had said the former mayor would spend “whatever it takes” to beat Trump in November, and left open the door to spending a billion dollars this year towards that effort even if the nominee ended up being a progressive candidate who he had less in common with.

Bloomberg is the second billionaire candidate to drop out, after Tom Steyer stepped away in late February.

Bloomberg’s case for himself was based on the idea that he was best suited to beat Trump. That often drew the ire of Trump, who began calling him “Mini Mike” on Twitter. The president has tweeted about Bloomberg more than 40 times this year.

Once Bloomberg’s poll numbers began creeping above 10 percent, he also began drawing the attention of other Democratic primary contenders.

During Bloomberg’s first debate last month, Sen. Elizabeth Warren savagely criticized him for signing legal settlements with female employees that required non-disclosure agreements. Bloomberg declined to answer how many women were covered by such agreements, but tried to shrug off the settlements saying that the problem was with the women “maybe not liking a joke I told.”

“This is not just a question of the mayor’s character, this is also a question about electability,” said Warren. “We are not going to beat Donald Trump with a man who has who knows how many non-disclosure agreements.”

Bloomberg struggled to respond during the exchange, and also to other questions during the debate about the stop-and-frisk policies that police employed during his time as mayor of New York.

Those policies, which disproportionately targeted people of color, dogged Bloomberg throughout his campaign, chiefly because it took him so long to denounce them. The first time distanced himself from the policies was last November, according to Politifact.