MAVEN arrives at Mars After 10-Month Journey From Space Coast 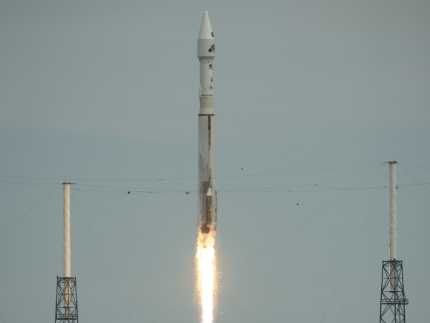 The spacecraft has been busy gathering data even before arriving at the Red Planet Sunday.

MAVEN is the first spacecraft to explore Mars’ upper atmosphere.

“So that as it gets between Earth and Mars it understands the difference in the environment of Mars with respect to those interactions between the sun and the Mars atmosphere and what just happens in deep space.”

MAVEN will help scientists understand how atmospheric and climate changes transformed Mars from a world where large, flowing bodies of water made life possible to a cold, barren desert.

Eventually NASA wants to send astronauts to Mars. An unmanned test flight of Orion — the spacecraft designed for the mission —  is scheduled to blast off from the Kennedy Space Center in December.