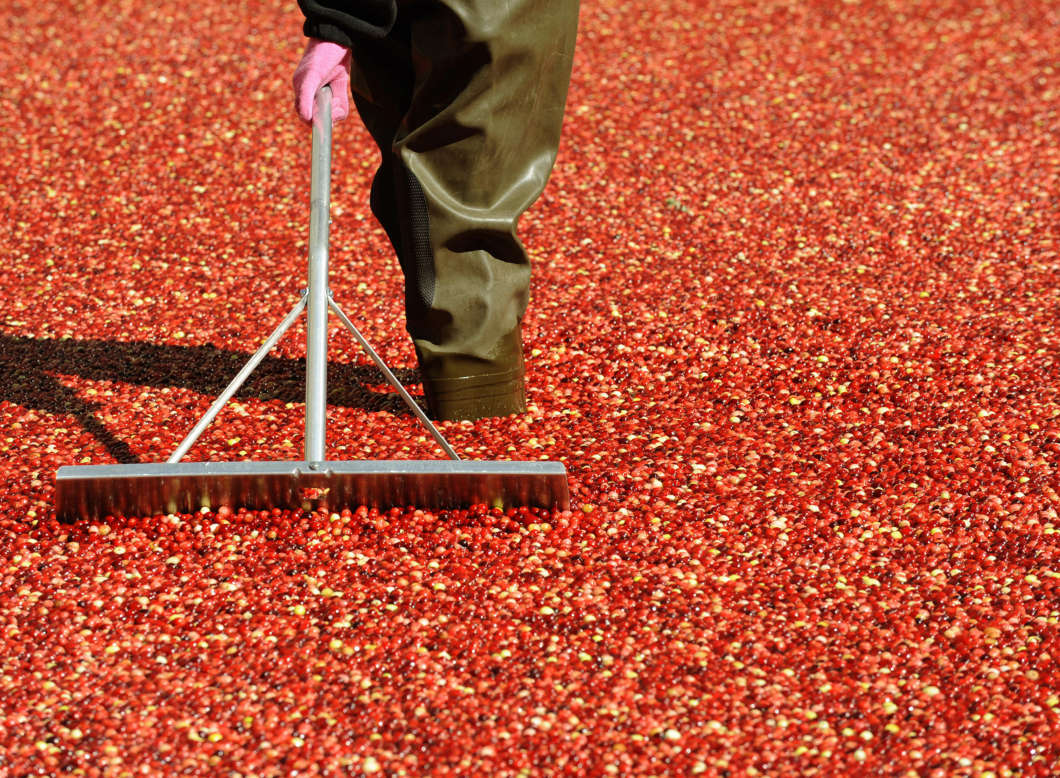 A worker stirs Ocean Spray cranberries in a free-standing bog set up in front of Rockefeller Center in October 2008.
Image credit: Timothy A. Clary

For decades, I’ve managed to sneak my family’s controversial, Pepto Bismol-pink, cranberry relish recipe onto the air and 2019 will be no exception. This year, I went straight to the source: Bobby J. Chacko, President and CEO of Ocean Spray.

To start off, I want to know: Has he ever stood in a bog? “Absolutely,” he answers. “It’s one of the most exciting feelings when you’re in waders and in water and all you have around are cranberries.”

Standing in a sea of crimson, up to his hips in berries and cold water, Chacko says he feels like a kid again.

Chacko has been at Ocean Spray since 2017 — long enough to learn the answer to my next burning cranberry question: What’s up with the name Ocean Spray? Not all cranberries grow near oceans, right? Mr. Chacko says it goes back to a company founder. “Every time he stood near the beach, the spray of the ocean always triggered emotions of refreshment,” Chacko explains.

Now, nearly 90 years later, the farmer-owned cooperative has 2,000 employees. It’s an almost $2 billion business, though Chacko says sales flattened in the last five years — climate change has been an issue, and big frosts hit some farmers hard. But he hopes that reaching younger buyers and globalizing will get more cranberries on the table.

“It’s a wonderful, wonderful fruit if you love tart,” Chacko says. “And if you don’t, there are an incredible number of recipes — ”

Oh? What’s that, Mr. Chacko? You’re looking for a cranberry recipe? Funny you should mention it, I have just the thing:

The relish has a tangy taste that cuts through and perks up the turkey and gravy. It’s also good on next-day turkey sandwiches, and with roast beef.

Grind the raw berries and onion together. (I use an old-fashioned meat grinder. I’m sure there’s a setting on the food processor that will give you a chunky grind — not a puree.)

Add everything else and mix.

Put in a plastic container and freeze.

Several hours before serving, move it from the freezer to the refrigerator compartment to thaw. (It should still have some icy slivers left.)

The relish will be thick, creamy and shocking pink. (OK, Pepto-Bismol pink.)