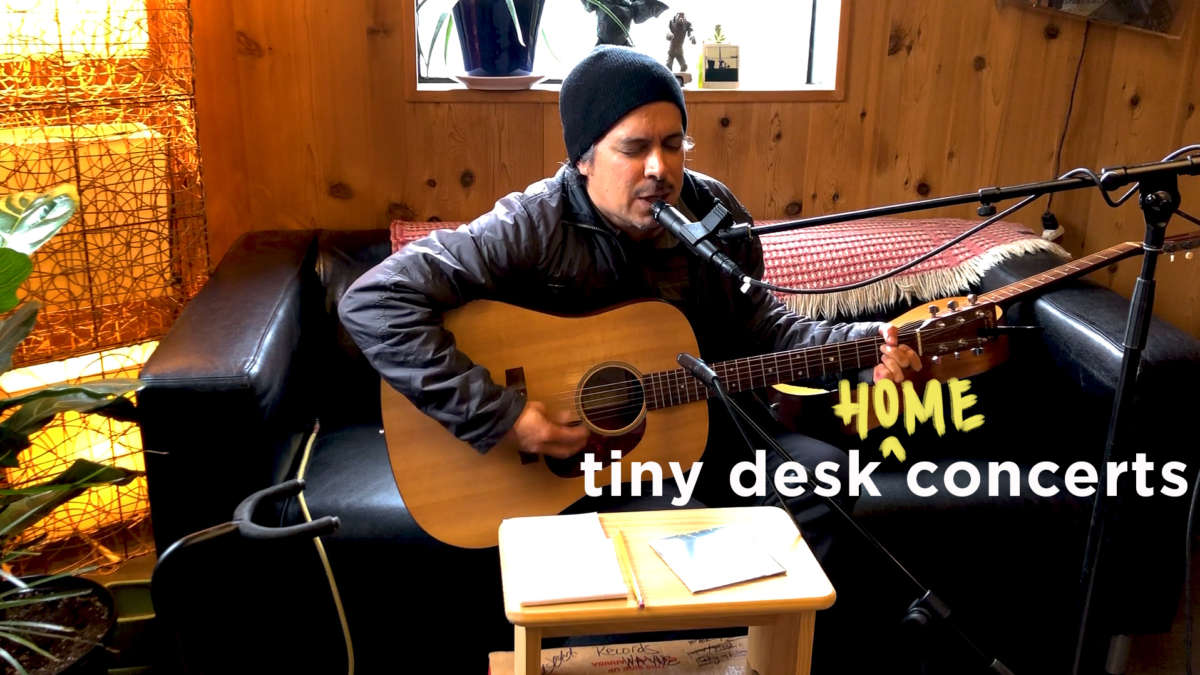 For me, M. Ward would be the perfect artist to sit next to while he played his songs, perhaps on a couch in a small room. And that’s pretty much what you get with this Tiny Desk (home) concert. We see M. Ward in the lounge of BOCCE, a recording studio in Vancouver, Wash. That tender wispy-rasp in his voice and flowing acoustic guitar make M. Ward a musician I’d want to hear up close. Matt Ward took song requests from fans for this concert, so we hear comforting and memorable older tunes like “Poison Cup” (2006) and “Voice at the End of the Line” (2003). Those songs fit so well with music on his new record, Migration Stories, from whichhe plays “Coyote Mary’s Traveling Show.” The imagery and stories allow my mind to imagine, conjure, and wander. So shut that door, turn down the lights, and listen.