‘Love Your Neighbor’ And Get the Shot: White Evangelical Leaders Push COVID Vaccines 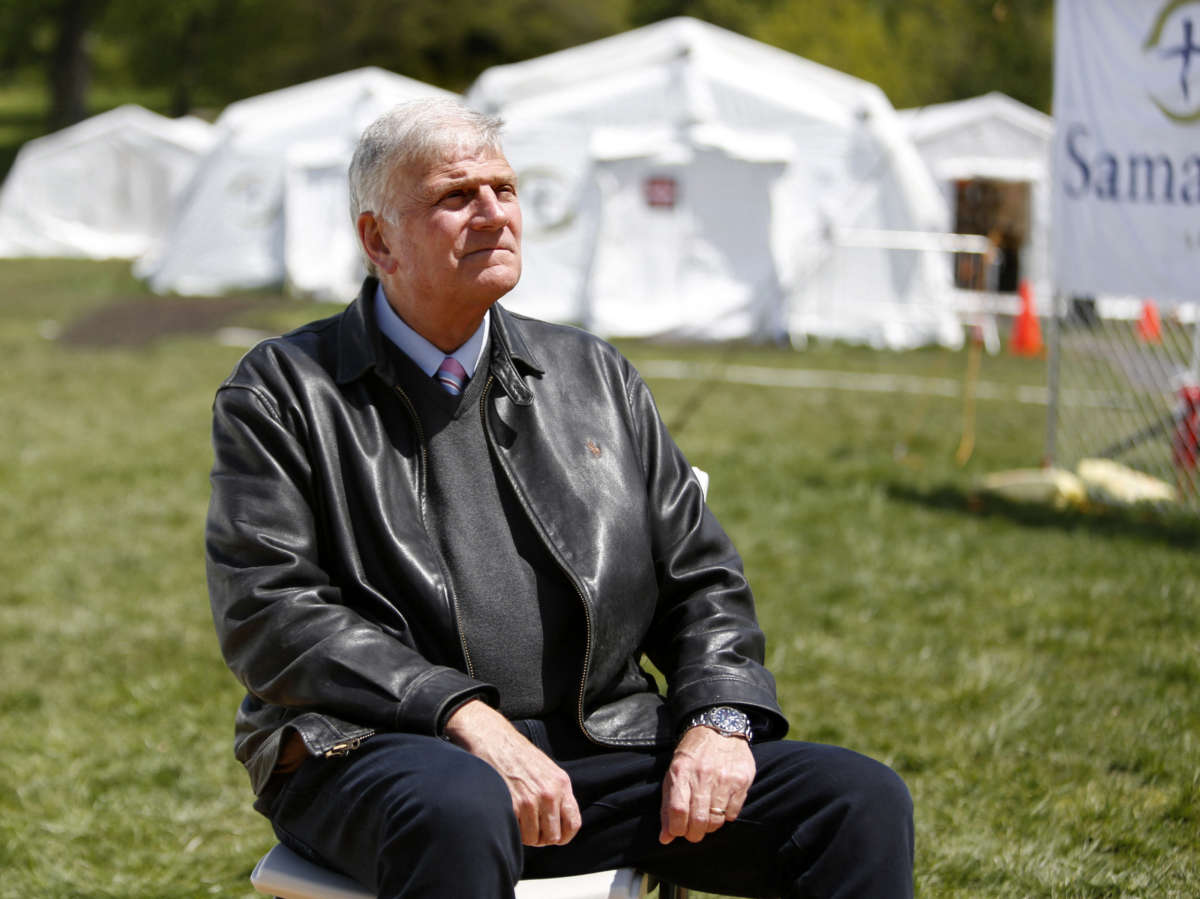 The Rev. Franklin Graham, president and CEO of Samaritan's Purse, sits for a portrait at his group's field hospital in New York's Central Park in May 2020. Graham has spoken out in support of the vaccine.
Image credit: Jessie Wardarski

Jared Cornutt has heard some farfetched concerns about the coronavirus vaccine in some of his Southern Baptist Facebook groups.

“I have a very hard time getting from vaccine to the Mark of the Beast,” Cornutt said, referring to one baseless rumor that linked vaccination requirements to an idea in Revelation, the apocalyptic book at the end of the Christian New Testament.

Cornutt is a pastor in Irving, Texas. He said thankfully, he hasn’t heard that in his church. But he has run across some skepticism and confusion about the science behind the coronavirus vaccine.

“I think there’s just misinformation as well,” he said.

Theologically fraught conspiracy theories have been swirling online, particularly in some evangelical circles. In a recent video posted online, Georgia Republican Congresswoman Marjorie Taylor Greene similarly suggested — without evidence — a connection between the Mark of the Beast and vaccines.

Nationally, white evangelicals report a high degree of vaccine hesitancy in multiple surveys. One recent study released by the Ad Council found that just over half of white evangelicals said they were likely to get vaccinated, compared to 64% of evangelicals of color. Both groups were well below the rate for non-evangelicals, 77%.

Cornutt said some church members who oppose abortion also have moral concerns about how some of the vaccines were developed, including research involving fetal cells from abortions performed decades ago. Cornutt said he’s pointed them to expert sources, and reassured them that he believes the vaccine is safe and ethical.

“We have seen firsthand — at least I have — what coronavirus can do to a person,” Graham told NPR. “It’s frightening, and you don’t want it.”

After posting on Facebook about his decision to get the Moderna vaccine, Graham received thousands of comments — some showing support, but many expressing outrage, calling Graham him a false prophet, among other things.

His niece, Jerusha Duford, is a granddaughter of Billy Graham and a critic of the white evangelical Christian right. She wants more evangelical leaders to encourage their followers to get vaccinated.

“I want the church to fight for others more than they’re fighting for themselves; that’s what I have not seen over the last year,” Duford said. “And that’s what we’re called it do.”

Evangelical resistance to the COVID-19 vaccine presents a public health challenge, given that as many as one in four Americans of all racial backgrounds identify as such.

Robert Bednarczyk, an epidemiologist at Emory University’s Rollins School of Public Health, said there’s a risk within churches, and to the broader community.

“If we’re not able to address those concerns, we’re facing the problem of not just individual people not getting vaccinated, but potentially spreading that misinformation or disinformation to others,” he said.

Walter Kim, president of the National Association of Evangelicals, said misinformation and political polarization have contributed to the problem in his religious community. The group is partnering with the Ad Council on a new initiative reaching out to evangelicals with the message that getting the coronavirus vaccine may be a way to “love your neighbor.”

“The more we can move the discourse from a discourse about politics and political affiliation to one of mission, of love for neighbor, of following Jesus – who would honor the image of God in others – then I think we’re tapping into something profoundly motivating for evangelicals,” Kim said.