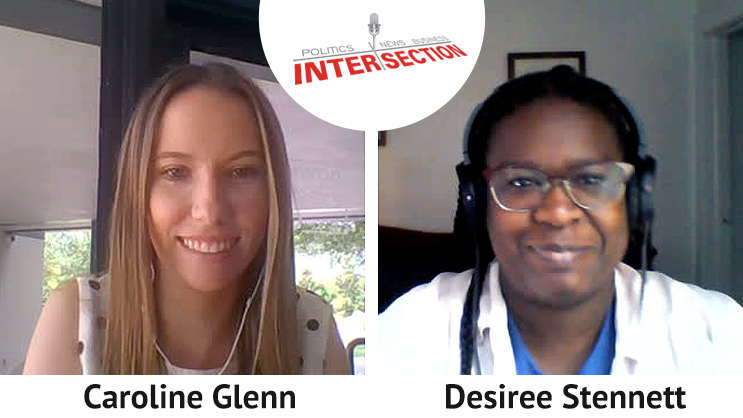 From March to December last year, more than 57,000 eviction notices were filed in Florida. That number is likely an undercount, say Orlando Sentinel reporters Caroline Glenn and Desiree Stennett.

It’s one of the startling statistics in their reporting from the Orlando Sentinel in a series called ‘Locked Out’, about the eviction crisis as the pandemic amplified an already perilous housing situation for thousands of residents.

Glenn, a business reporter who covers workers, housing & economic injustice, and Stennett, a senior reporter writing about race and inequality for the Sentinel, join Intersection to talk about how the pandemic deepened the housing crisis, particularly for renters, and the long-term implications of evictions.

In part one of the series, Glenn talked to Jocelyn Bennett, who lost her job while her husband was between jobs. The Bennetts then lost their home.

“They were evicted before any of these eviction moratoriums were put into place or before the federal government had provided the money to prop up these rental assistance programs that cities and counties now have. So they are an example of how fast paced and harsh eviction can be,” says Glenn.

“They today are living in one of those pay-by-the-week hotels where they pay $400 a week, they live in one room, Mom and Dad sleep in one bed and their five kids who are all under the age of six sleeping another. And that’s really what the fallout from eviction can look like in the state of Florida.”

“In the simplest terms, what we found was that in zip codes with the largest Black populations across Central Florida, we tended to see the highest eviction rates as well. And that is something that was the case before the pandemic hit.”

“I think what’s important to take away from this is that when we heard that there was going to be a moratorium on evictions, I think the takeaway from that is no one is getting evicted. And I think what we found during this project is that is that’s just false,” says Stennett.

In part two of the series, Stennett wrote about a mother of a 3-year-old, Bathsheba Collingwood, who is fighting to keep a two-room apartment and facing the possibility she’ll have to live in her car. She says Collingwood had faced two eviction hearings during the pandemic.

“She was lucky enough to be able to stay but at this point she is making plans for the unfortunate possibility that could be that she will have to live in her car if she is forced out of her apartment right now.

As for solutions, Stennett says experts the Sentinel interviewed believe what’s needed is housing policy that looks beyond the problem of income inequality.

“I think that there are a lot of experts who look at this through an equity lens, who see this as a problem that cannot be solved, unless we look at it, look at the solutions through a racial lens as well.”

Glenn says a big part of the problem is laws that allow for speedy evictions in Florida.

“So far, there does not seem interest in changing those. But on the local level, there are things that counties and cities can do. They could make these rental assistance programs permanent. They could pilot things like right to counsel laws, they could set up mediation programs, they could find ways to discourage landlords from just doing evictions and finding a different way to resolve the issue, because even if a tenant wins their case, there’s still an eviction on their record.”