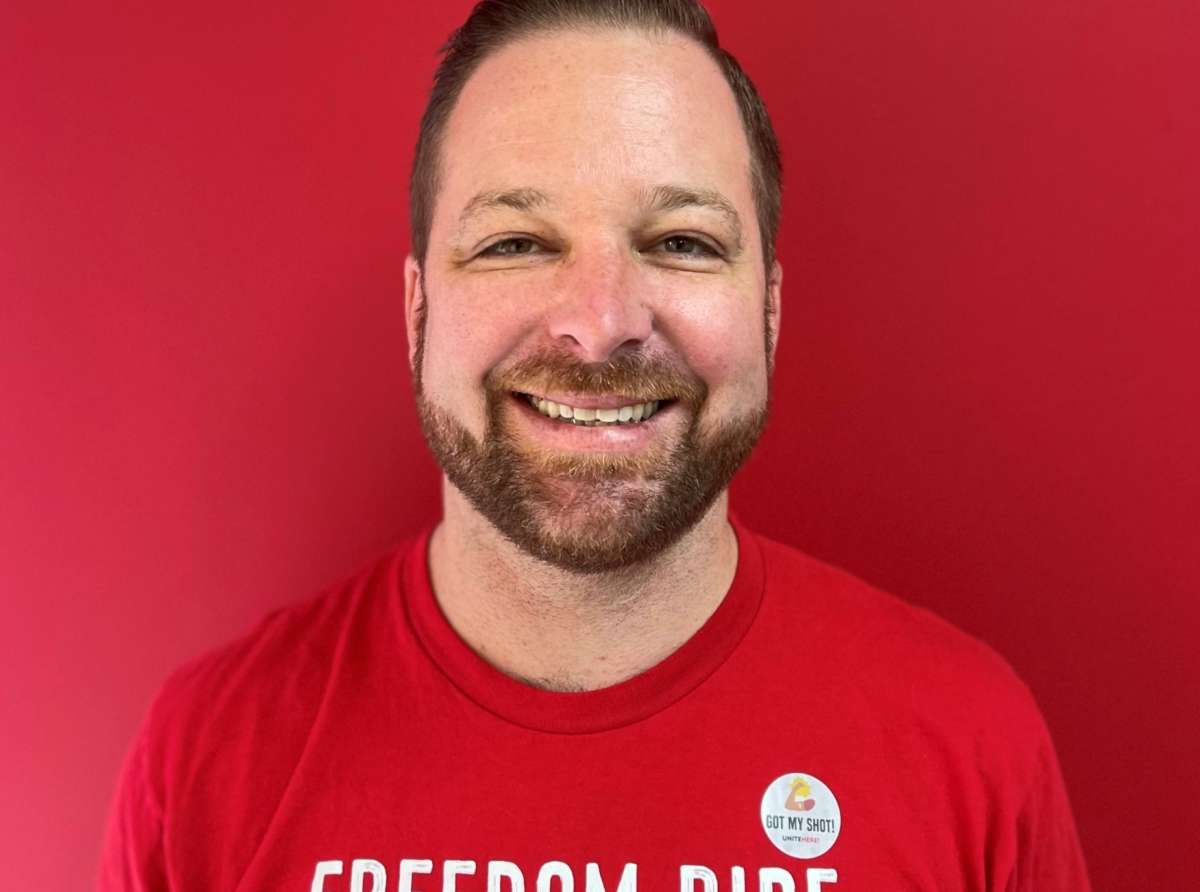 UNITE HERE Local 362 and Disney came to an agreement this week, requiring all union workers at the Orlando theme parks to get one of three available COVID-19 vaccines.

WMFE spoke with Union President Eric Clinton about how this new vaccine mandate will affect tens of thousands of workers and even more guests.

Read the full interview below.
Eric: Disney announced maybe about a month ago, that they had made a decision to require all of their non-unionized employees to be vaccinated. And at that same time started negotiating with us about the employees who are represented by the union. So, for the last four weeks, we’ve met with the company many times, asked a lot of questions, made proposals back and forth, and ended up where we are today with an agreement that there will be a vaccine requirement.

However, it does provide a real assurance for those who have a medical or religious accommodation, the ability to stay working, and to be accommodated. And that was really our main concern was that those union members with legitimate accommodation needs, be able to have them fulfilled.

Danielle: So how many workers will this impact Eric here in the Orlando area?

Danielle: That’s huge. What does that mean for their safety as well as guest safety? Because I’m sure that was part of your consideration before you made your decision?

Eric: Yeah, look, our first and foremost consideration, of course, is the cast members and our members.

You know, Disney is a unique business model in that a large portion of the clientele who visit there are not eligible to be vaccinated because they’re children. And so given all of the science that is out there, given all of the facts about the effectiveness of the vaccine, it’s easy for us to say the vaccine is the best way for, for any worker to protect themselves from this deadly virus.

You know, we know because Disney offers a vaccine incentive of four hours that a majority of the cast members had already put in for, for that, and so a majority of cast members were already vaccinated. Meaning that, you know, there’s wide support for this amongst amongst the membership.

Danielle: So how does this work moving forward? When do they need to be vaccinated by and are you going to have them, you know, show anything, obviously, when they come to work after?

Eric: Yeah, so the requirement will be that all cast members show proof of vaccination by October 22 of this year. And if anyone is unable to show proof of that they will need to submit for a religious or medical accommodation, absence of one of those two things, a cast member would be separated on October 22, for failure to comply with a company policy.

Danielle: You know, do you think this will set a precedent, your union kind of what you guys do affects it seems like unions throughout the rest of the country, do you think we’re going to see a lot more unions kind of requiring vaccines as we move into the fall?

Eric: I think there are lots of factors that will increase the the mandate of vaccinations for workers. I think, the FDA approval yesterday of the Pfizer dose, the coming FDA approval of Moderna. Those those things will all factor into that.

And certainly an employer like Disney 38,000 employees that are now covered by this agreement. Certainly that has an impact on the rest of the hospitality industry here in the region, but also I think throughout the country.