Listen In: Rep. Mike Waltz Talks How The Taliban Takeover of Afghanistan is Affecting Vets, The Interpreters They Worked With 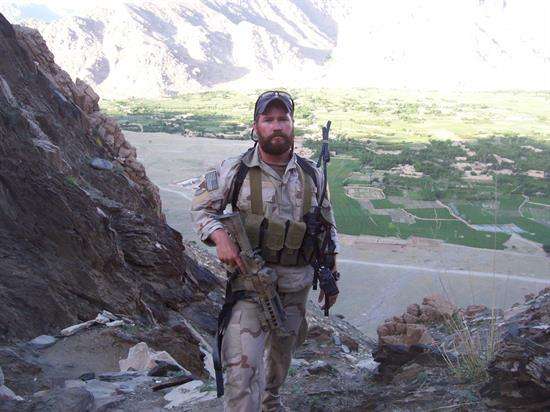 WMFE spoke with him about the Taliban takeover of the country.

To my fellow veterans & Gold Star families struggling with anger and grief about Afghanistan. Your sacrifice was NOT in vain. America was kept safe. You are not alone. pic.twitter.com/9BbXWTdoxZ

Danielle: Obviously you are a veteran of the war in Afghanistan. How did you feel watching all of this unfold over the weekend?

Rep. Waltz: You know it, it’s a painful back and forth between rage and, and grief, to be perfectly candid with you. It is incredibly difficult to watch so many of us not just veterans, but particularly Gold Star families, even 9/11 victims have reached out, you know, asking, was it all in vain, just watching all of that blood, sweat and tears and treasure go up in smoke. And I want everyone to hear me loud and clear that it was not in vain. Their sacrifice was not in vain that America was kept safe for the last 20 years. But it’s incredibly, it is an incredibly difficult time. And for anyone who’s going to a very dark place, please, please reach out. There’s a veteran crisis hotline and you’re not alone.

Danielle: What do you think is going to happen there in the next few weeks, you know this area very well being on the ground for several tours?

Rep. Waltz: Well, sadly, I’ve been saying all along and across multiple administrations that we really have two choices. We accept an ongoing presence there with that’s focused on counterterrorism and, and providing support to the Afghan military as they’re out doing the fighting on the ground, or we accept a hotbed and cesspool of terrorism. And you know, what happens in Afghanistan, and terrorism in Afghanistan doesn’t just stay in Afghanistan, it spreads like a cancer. So that’s the that’s the broader picture. I think, in the most immediate few days, weeks. We have to get American civilians out. There are a number still now trapped behind Taliban lines, trying to get to the air, the Kabul International Airport. And I, you know, I don’t know how the president now gets 70 to 80,000 Afghan interpreters and their families evacuated without a significant commitment of resources.

Danielle: Is there any way we can help here in Central Florida? I know that might be a dumb question, but it seems so sad and hopeless right now.

Rep. Waltz: Sure. So they’re desperate. We have literally spreadsheets of dozens of Afghans and their families, that we’re still trying to help you have to understand the brutality of the Taliban, even some that we have successfully gotten out and back to the United States. The Taliban is going after their extended family kidnapping them, and threatening torture and death to the family members unless that interpreter comes back. And so we’re doing everything we can to work with the Defense Department and the State Department to help. I think, for folks back home. There’s a number of nonprofits, the one I’ve worked closely with is No One Left Behind. That has been helping the Afghans integrate into American society and are also helping charter flights over there. So, you know, speak to your members of Congress, speak to your senators and let your voice be heard that we, you know, the United States of America does not abandon our allies like this.