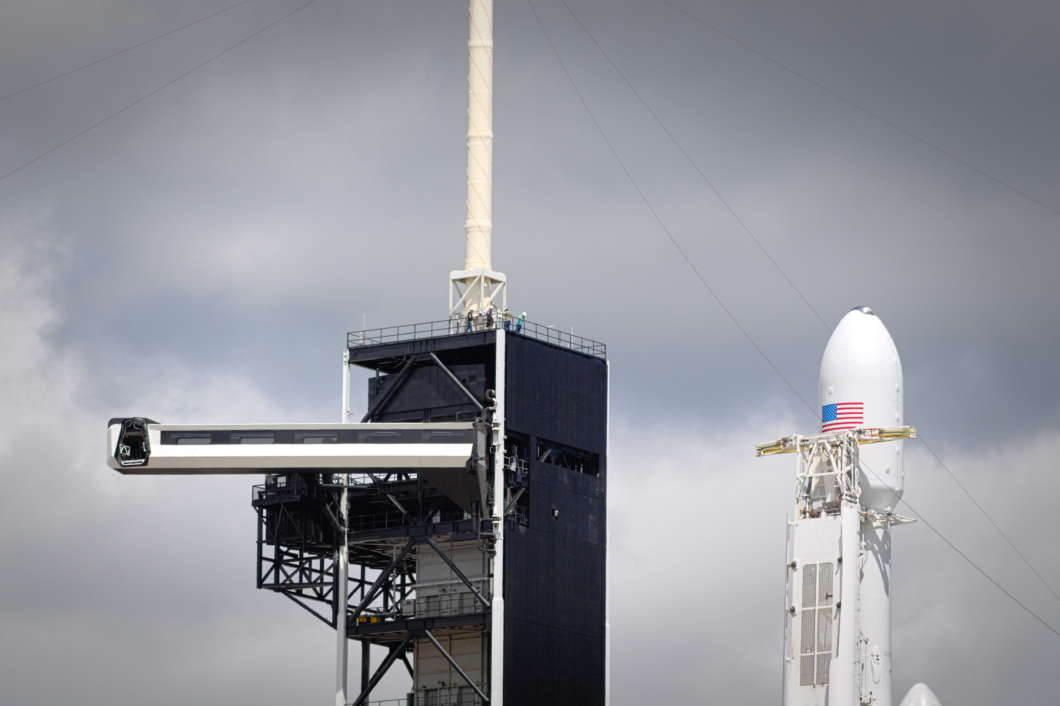 An attempt Wednesday was scrubbed because of upper atmosphere winds that could have damaged the rocket.

Tonight’s window opens at 6:35 p.m. and remains open until 8:31 p.m.  SpaceX is launching a Saudi Arabian satellite the size of a school bus into space.

The Air Force’s 45th Weather Squadron forecasts only a 10 percent chance of weather at the pad forcing a delay. A forecast of the upper-level wind — which scrubbed yesterday’s delay — isn’t included in the forecast, but meteorologists track the winds ahead of the launch attempt.

This will be the private space company’s second launch of the Falcon Heavy. The company launched the rocket on a test mission last year.