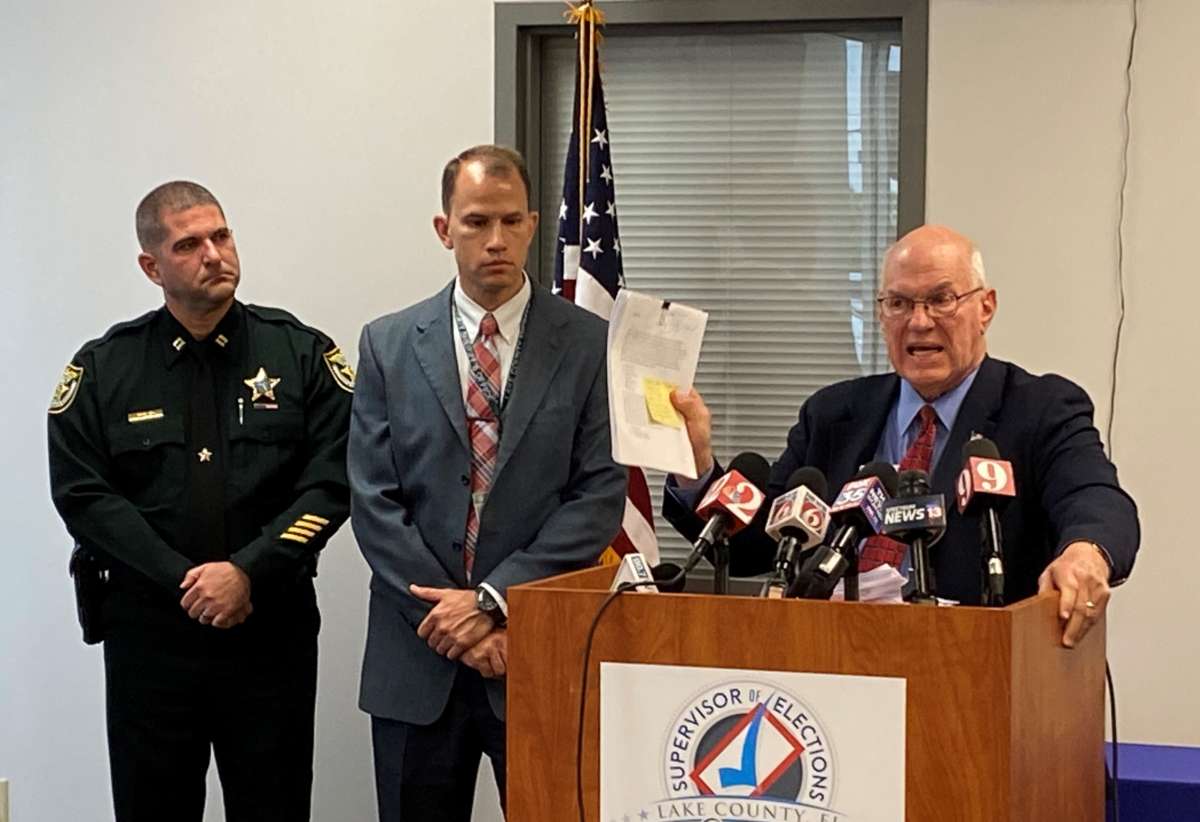 The Lake County Sheriff’s Office has an arrest warrant out for a resident suspected of filing falsified voter registration applications.

The alleged fraud comes with early voting in Lake County set to start Thursday.
It involved new registrations and changes applied to existing voters, often Democrats or independents whose party was changed to Republican.

Hays said the suspect worked for a third-party organization. He declined to name the organization but he said it has stopped using that field representative.

Hays says the filings could create complications due to incorrect dates of birth, Social Security numbers and signatures.

Some of the party changes were from no-party affiliates to Republicans, Hays said. “I’m not aware of any that were switched from Republican or no party to Democrat. It would appear that all of them at this time that we’re familiar with were moved to Republican registration or that they were not tinkered with at all.”

“Unfortunately it undermines to some degree the voter confidence,” Hays said. “And that’s why we’re here today, to try to say to our voters we’re on top of this thing, we acted upon it as soon as we learned of it and we have gotten great support.”

Hays said voters can review their information at his website. If Lake County residents get the wrong ballot at the polls, they’ll be asked to fill out a provisional ballot.