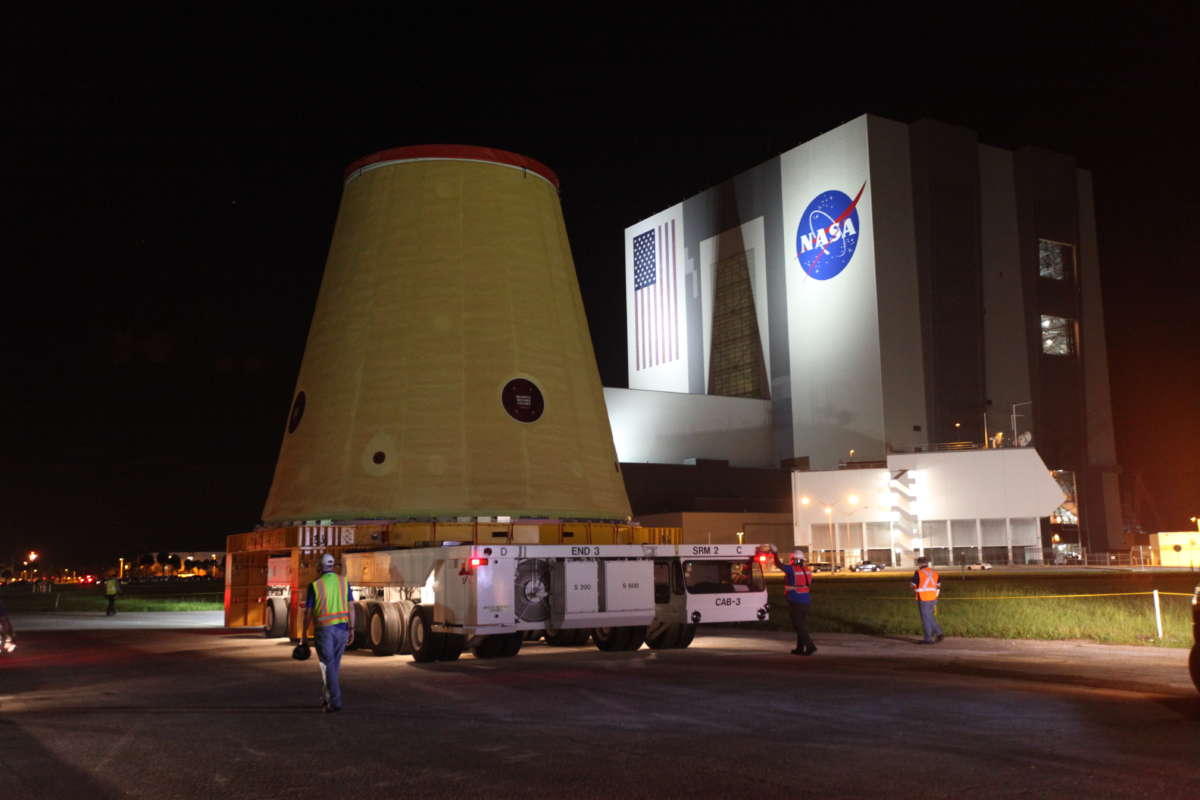 A key piece of NASA’s next moon rocket has arrived at Kennedy Space Center, ahead of a launch next year. The program is facing new scrutiny by a government watchdog agency.

It’s the second to last key piece of the rocket to arrive at KSC ahead of a planned launch next year. The adapter connects the first stage booster to the upper stage of the rocket and protects the second-stage engine during the initial moments of liftoff.

The core stage of the rocket system is undergoing a critical green run test, including a planned firing of the four engines, at NASA’s Alabama facility.

The first launch of SLS and Orion space capsule will not have a crew, but it’s a critical test-flight for NASA’s Artemis program which is tasked with landing humans on the south pole of the moon.

President Trump set a deadline of 2024 for a human landing mission. NASA’s Office of Inspector General announced a review of the safety challenges of meeting the 2024 deadline.

The program has come under fire by the OIG for mismanagement, budget issues and schedule delays.