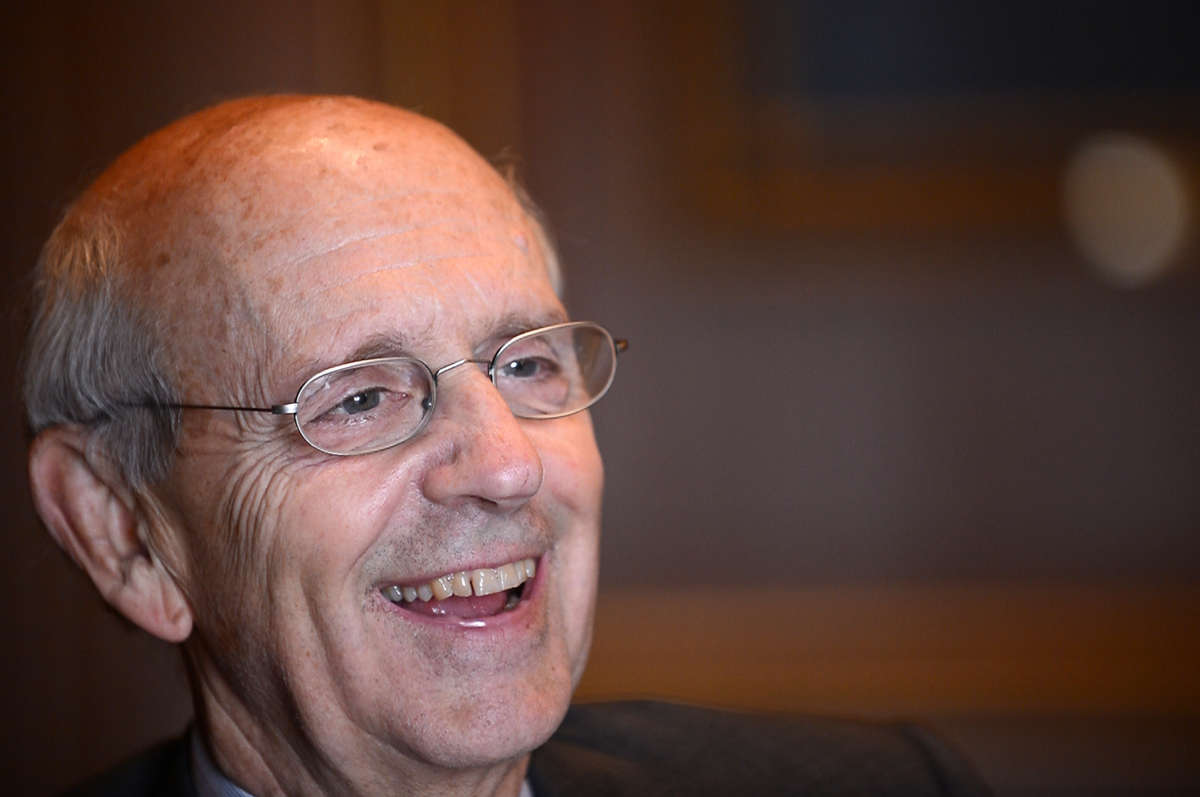 Justice Stephen Breyer in a May 17, 2012, interview at the Supreme Court.
Image credit: Jewel Samad

Breyer — professorial, practical, and moderately liberal — wrote many of the court’s legally important but less glamorous decisions and sought, behind the scenes, to build consensus for centrist decisions on a conservative court.

Breyer’s retirement gives President Biden his first opportunity to name a new justice to the court. During the 2020 campaign, he pledged to name an African American woman if he got the chance. The two leading contenders are said to be federal Judge Ketanji Brown Jackson, who was on President Obama’s shortlist for the court in 2016, and California Supreme Court Justice Leondra Kruger, who served as assistant, and then deputy solicitor general in both Democratic and Republican administrations prior to her nomination to California’s highest court.

Both women are young, in terms of Supreme Court appointment. And both have stellar legal credentials.

Breyer, though not a household name, has been an important figure on the Supreme Court for more than a quarter century.

Perhaps his most publicly well-known decision came in 2016 when he wrote the court’s abortion opinion striking down a Texas law, copied in other states, that closed nearly half the clinics in the state without any demonstrable safety justification. The decision dispassionately dissected and demolished the state’s claim that its motive was to protect women’s health and safety. It had no majestic language, but its effect was profound in reaffirming the rights of women to terminate pregnancies.

He believed in persuasion and viewed a dissent as a failed opinion. But he did dissent, and sometimes passionately — for example, in 2007 when a five-justice majority struck down voluntary school desegregation plans in Louisville, Ky., where the schools had once been segregated by law, and in Seattle, where they had been segregated in practice.