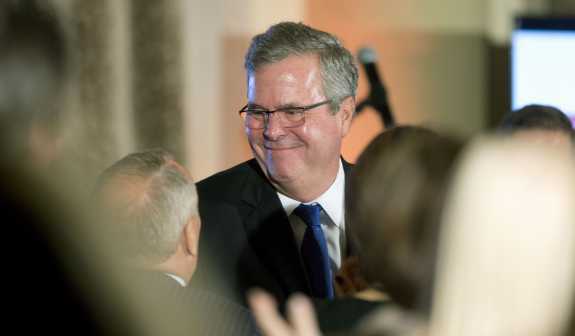 Jeb Bush, the former Republican governor of Florida and the brother and son of two former U.S. presidents, has essentially kicked off the 2016 presidential campaign with pre-announcement announcement on Facebook.

Saying he had conversations with his family about the future of the country, Bush said he had decided to “actively explore” a presidential run.

“In January, I also plan to establish a Leadership PAC that will help me facilitate conversations with citizens across America to discuss the most critical challenges facing our exceptional nation. The PAC’s purpose will be to support leaders, ideas and policies that will expand opportunity and prosperity for all Americans.

“In the coming months, I hope to visit with many of you and have a conversation about restoring the promise of America.

“Best wishes to you and your families for a happy holiday season. I’ll be in touch soon.”

On the Democratic side, everyone is, of course, waiting on former Secretary of State Hillary Clinton to make a move.