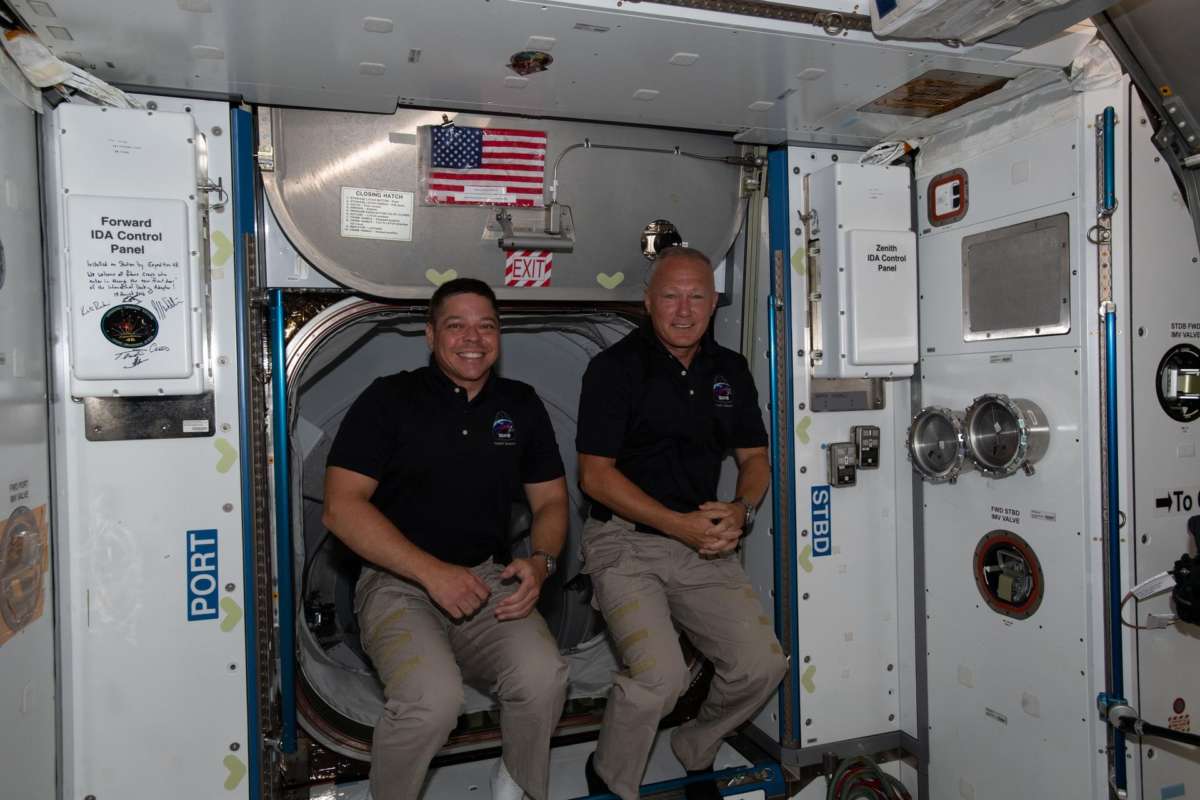 NASA astronauts Bob Behnken, left, and Doug Hurley, are pictured having just entered the International Space Station on May 31, 2020, shortly after arriving aboard the SpaceX Crew Dragon spacecraft. Photo: NASA

NASA astronauts Bob Behnkin and Doug Hurley are scheduled to return to Earth this weekend, splashing down off the coast of Florida. A tropical system could delay those efforts and the agency is keeping a watchful eye on the weather.

Behnken and Hurley are scheduled to board the Dragon capsule Saturday and undock from the station with a planned splashdown on Sunday.

Hurricane Isaias could delay those plans. NASA has about a half dozen splashdown sites along the Florida coast — each with certain weather criteria.

The capsule will splash down in the ocean and a recovery team on boats will scoop up the crew and capsule. Sea conditions must be within favorable limits to safely recover the crew.

Mission controllers are monitoring those conditions closely and can delay the splashdown if necessary. So far, NASA said the return is a GO. Undocking remains scheduled for approximately 7:34 p.m. EDT Saturday and splashdown at 2:42 p.m. EDT on Sunday.

If the crew splashes down off Florida’s east coast, Behnken and Hurley would stop briefly at Kennedy Space Center before flying back to Johnson Space Center in Houston, Texas.

Behnken and Hurley launched to the station May 30 from Kennedy Space Center on the first commercial designed, built and launched human space vehicle.

NASA will review the test mission before giving the go ahead for another astronaut launch from Florida later this year with three NASA astronauts and one Japanese astronaut.