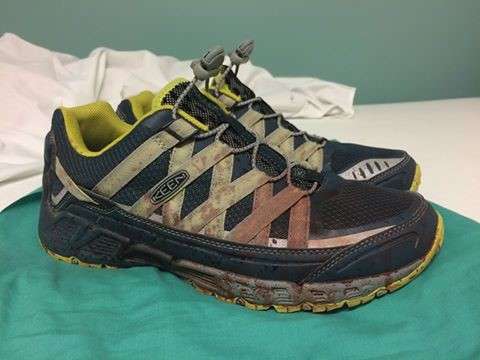 ORMC's Dr. Joshua Corsa posts a photo of his work shoes to Facebook after responding in the ER. Photo: Facebook

Survivors of the Pulse nightclub shooting have described a war-zone as they tried to hide from the gunman who killed 49 people and injured 53. Doctors who treated the injured said they had the kind of wounds they’d expect from military combat.

There’s been praise for the police who responded to the shooting and rescued hostages from the nightclub but also questions about the 3 hour window after the first gun battle with the shooter up until the time he was killed.

So what’s it like for those first responders to a mass shooting? On today’s program- the police chief who led the response to the movie theater shooting in Aurora Colorado talks about lessons learned from that incident.

Then, state representative Mike Miller talks about how Florida’s Republican lawmakers are reacting to the shooting. And we’re taking your calls as we’re joined by emergency doctors who explain what surgeons are up against as they try to save the wounded in a mass shooting.