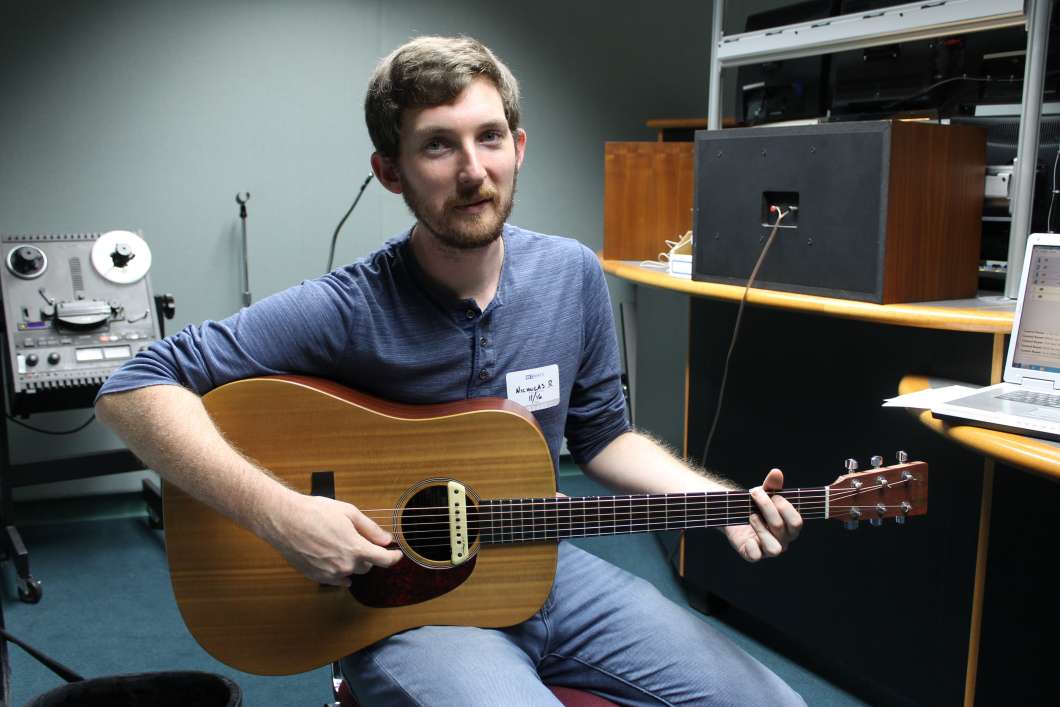 If you’ve ever seen the show The Jersey Shore, you may have heard a song by Nicholas Roberts. The singer songwriter joined Intersection for a conversation about writing music for TV, the Nashville music scene, and his upcoming EP.

Roberts says he was just fortunate enough to meet the right people to help him get his foot in the door and start writing songs for TV.

“That kind of got that ball rolling for me to be able to keep doing that,” he says.

His songs have featured in shows like Catfish, Teen Mom, The Jersey Shore, and some CNN documentaries.

“It’s always really cool when you turn the TV on and hear it playing back.”

Roberts moved to Nashville after college with his band, returning to Florida after the band split up.

He says Nashville taught him a lot about the craft of songwriting.

“Going up there and seeing there’s a whole craft and people have been studying this for a long time, it definitely influenced the way I think about songwriting, structure, pacing and getting the listener involved.”

Roberts performs River To A Flood, The Rest Of Our Lives and Dance With Me.

This interview first aired on Intersection in November 2017.