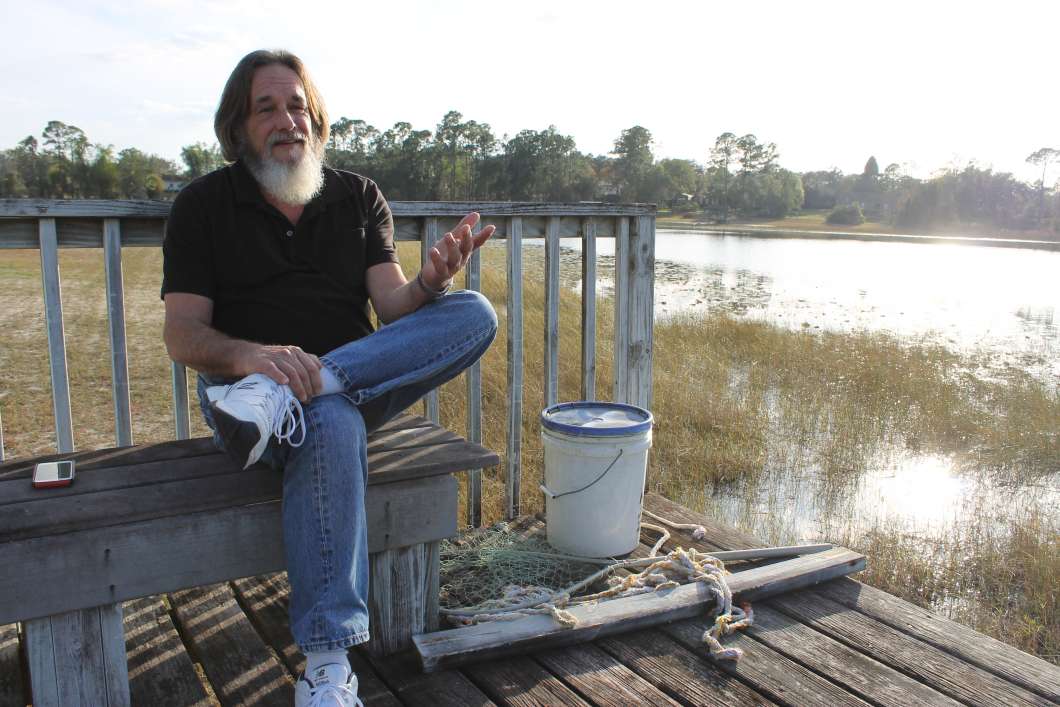 Reno Mussatto dreamed of being a rockstar as a kid growing up in Kansas. Now the blues drummer helps other musicians turn their dreams into records, with his label Lakehouse Records.

Lakehouse Records in Chuluota has about 20 artists on its roster, but Musatto says he wants to add another artist every quarter.

Mussatto says he got his first drumset when he was ten.

“There weren’t any drummers in the county, so I spent 80 bucks and got an old drum set, and I was instantly the best drummer in the county.”

He says the first band he started was “just awful.”

“I think we had maybe seven songs, and we played them over and over again and every thought it was ok, because there just weren’t any other bands around.”

Mussatto says he’d play the songs he heard on the radio.

“I’d stay up past eleven o’clock listening to KAY Little Rock Arkansas and WLS Chicago. I heard the Beatles, I heard the Rolling Stones, and I thought, ‘That’s it, I gotta be a rock star!’ And I did.”

“Now I’m trying to help other people be rock stars.”

Mussatto dropped out of university and moved to Austin Texas, which is where he started playing the blues, with W.C. Clark and his band.

After a career as a session musician, playing with the likes of Stevie Ray Vaughn and Dr. Hook, Musatto started his record label in 2011.

He has 20 artists on his roster, Americana and blues musicians including Sean Patrick and the Newgrass Revolution, Galloway and Kelliher and Buster Cousins.

Mussatto says he wants to grow the label, adding add another artist every quarter.

“I’ve got to know the artist first. So usually I take them out fishing in that little john boat. We’ll spend some time and figure out what works for them,”  says Mussatto.

“Yeah, I imagine it’s going to evolve and change. I hope it doesn’t get so big the artist gets lost.”

“Some of my artists have been on major labels before, and poured their heart and soul into records and had the label shelve them, which is a horrible feeling,” says Mussatto.

“That’s not going to happen with this label, not while I’m running it.”