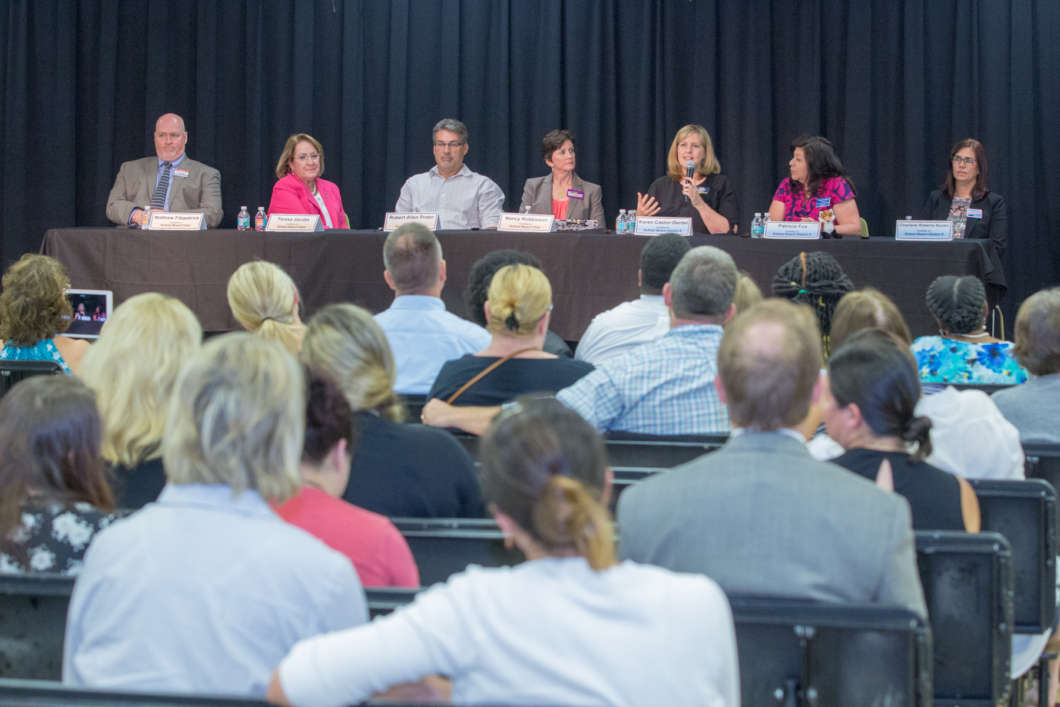 Orange County’s school board election could be decided on the August 28th primary. As one of the largest school districts in Florida, the school board election has been receiving a lot of attention. Candidates talked about some of the issues including school safety and teacher retention in a forum at Baldwin Park Elementary School last Tuesday. This episode of Intersection includes part of that forum.

Asked what the district has done well to retain teachers and staff, Prater said teacher salaries in Orange County were below the national average. He said “we are in a very competitive society” where each county is “fighting for teachers coming out of UCF.”

“The fact of the matter is we need teachers in these classrooms and we need to pay them. We need to maintain their benefits and this all takes money,” Prater said.

Jacobs said she hasn’t seen anything done well in the last ten years to retain teachers. She said “the pay does need to be better, but it’s more than the pay” and “it has to be a culturally change that happens from the top down and the bottom up.”

“You shouldn’t have to sacrifice your whole family’s quality of living in order to do something that used to be revered and that is a very very high calling. And that’s teaching,” Jacobs said.

Fitzpatrick said changes need to be made in terms of teacher evaluations and “letting a teacher teach.”

“Not only are the Baby Boomers retiring, but we don’t have people coming in. The only ones that are staying, which we’re retaining, are the ones that have to stay,” Fitzpatrick said.

“To keep someone happy in their position, you need to take advantage of their strengths and our teachers are creative and they want to teach,” Roberts Norato said.

They were also asked about school safety. Robbinson said that Orange County has been working on school safety since Sandy Hook.

Castor-Dental said “OCPS is ahead of the game when you compare other counties in the state” on school safety.

“Because we have that additional funding for our schools, we have been able to keep up with rebuilding and renovating schools so that they have all those features,” Castor-Dental said.

Fox said “mental health needs to be more of a wrap-around service for our students.”

“Our students when they’re in school if they have a problem, the very first line of defense is the counselors. The counselors know what’s going on, serve as a support system for the students while they’re on campus and are able to get any extra help that is needed for not only the students but the families themselves,” Fox said.