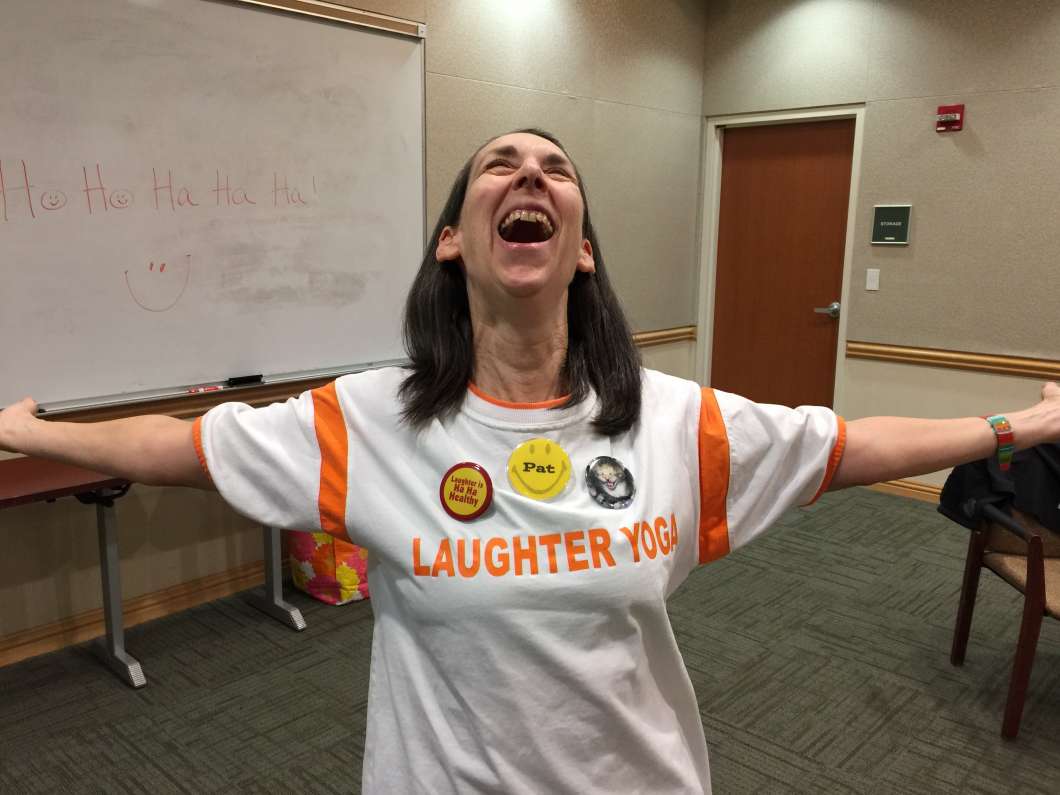 Laughter can be infectious, and there’s a form of yoga that’s catching on too. For Laughter Yoga, you don’t need a mat, and there’s more emphasis on eye contact and group interaction.

Intersection’s Talia Blake took a class in Laughter Yoga and discovered there are serious benefits to laughing.

“Most of us are accustomed to laughing in response to a humorous stimulus,” said instructor “Positively” Pat Conklin.

“Something funny, a joke, a funny movie, a funny situation. But in laughter yoga, we don’t need to rely on that stimulus in order to laugh and basically how that happens is we decide we’re going to laugh on purpose, intentionally. HA HA HA HA, like that.”

“I had occupational stress, on the job stress, and caregiver stress from trying to take care of my parents from a distance of 750 miles away. Also loss of a parent. So, you add grief to the mix and then more things I need to accomplish in my 24 hour day,” said Conklin.

Conklin said she came across a laughter yoga class just be happenstance.

“At the time I think it was the only one in the area and I went and after 45 minutes, I felt such a powerful release, physical, mental, emotional,” said Conklin.

Now, Conklin teaches a free laughter yoga class once a week, on Monday mornings at the Beardall Senior Center in Orlando.