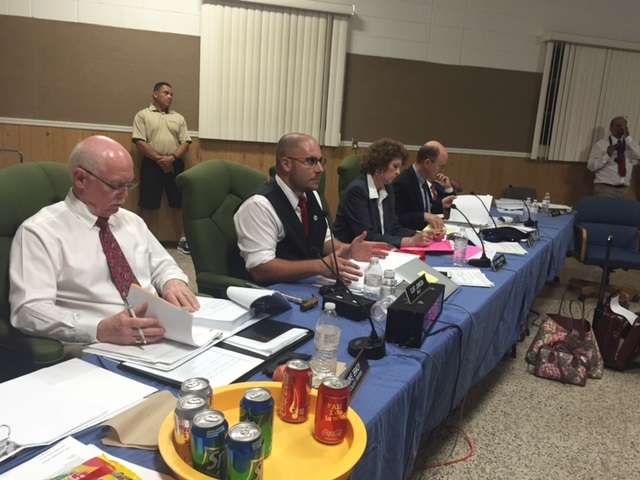 Mayor Clint Johnson at the public hearing where the city council voted to remove him from office. Photo: Catherine Welch

DeBary Mayor Clint Johnson is gone, voted out by his own council. But the outspoken mayor says he’ll run again when the city holds a special election. Did Johnson get a raw deal? Will the city be better off without its cycling, rafting mayor?

Zika cases are continuing to emerge across Florida now in Pinellas County. What are you doing to prepare or guard against mosquitoes?

Parents line up against school districts in a showdown over testing. Is it fair to hold students back a grade if they don’t take a test?

Development in one of Orlando’s bungalow neighborhoods, the Milk District, is stirring controversy. Are duplexes crowding out the trees and shading your bungalows? What’s the role of local government in all of this?

And the Orange County charter review commission highlights a potential change to some elected positions: should the sheriff, the tax collector and others be term limited?